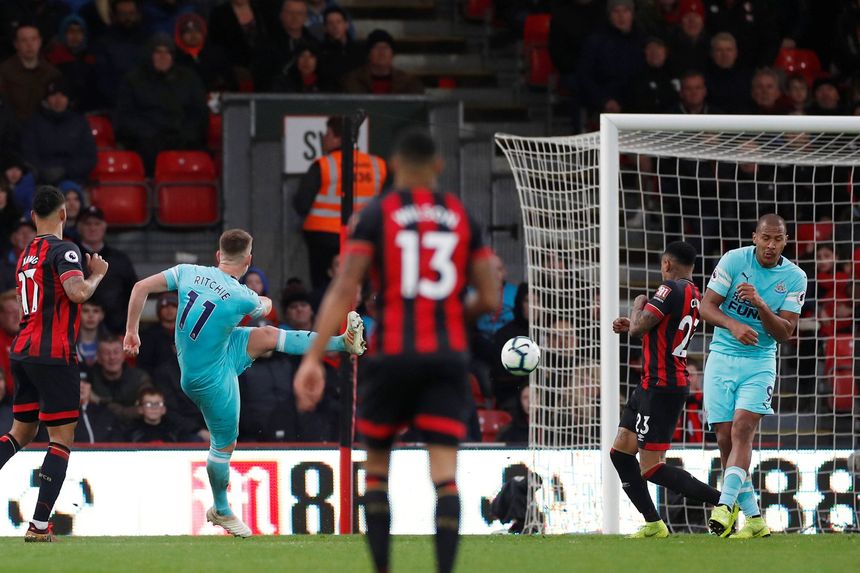 Salomon Rondon put Newcastle ahead in first-half stoppage time with a brilliant free-kick for his ninth Premier League goal of the season.

Just three minutes after the break, AFC Bournemouth were level through Joshua King's penalty, after a foul on Nathan Ake.

King put the home side ahead with less than 10 minutes remaining when teed up by Dominic Solanke.

But in time added on, Ritchie arrived unmarked at the back post to hit a sweet half-volley into the roof of the net against his former side and earn Newcastle a point.