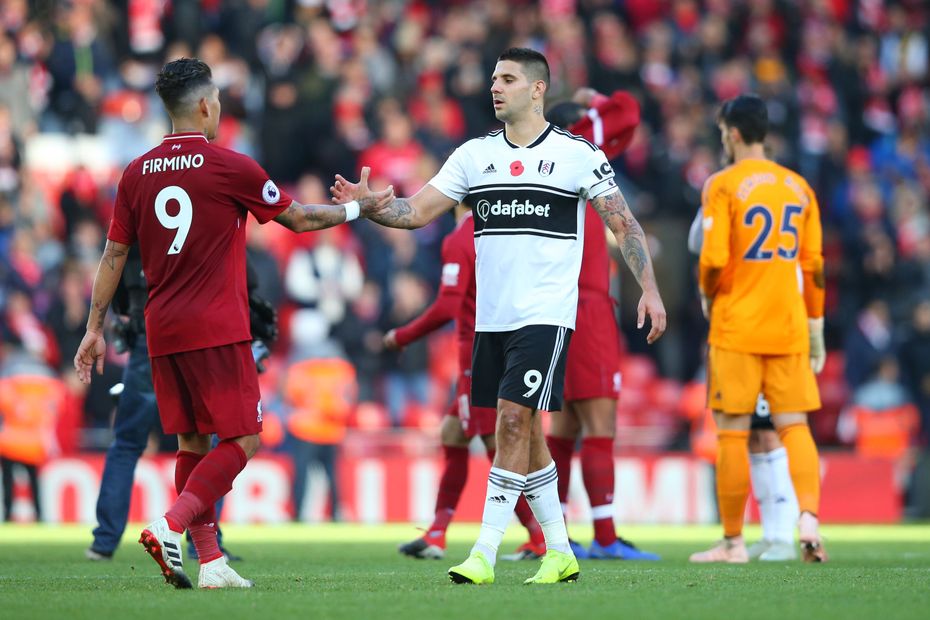 Fulham are without a win since January, when they came back from 2-0 down to beat Brighton & Hove Albion 4-2 at Craven Cottage.

Liverpool have drawn their last three Premier League matches away from Anfield and have scored just once on their travels since a 1-0 win at Brighton in January.

Liverpool's Jordan Henderson is ruled out after sustaining an ankle injury in midweek, although Naby Keita (minor injury) could return.

Fulham are looking for their first point against Liverpool since a 1-0 win at Anfield in May 2012.

None of Fulham’s 13 Premier League home meetings with Liverpool have finished as a draw, with the Cottagers winning five and losing eight.

Liverpool’s Mohamed Salah has had a hand in 12 goals in his last eight PL appearances against promoted sides, scoring six goals and producing six assists.

The Reds are unbeaten in their last 11 PL matches against promoted sides (W10 D1), winning the last eight in a row. They have scored 31 goals and conceded just four in that run since a 2-0 loss at Hull City in February 2017.