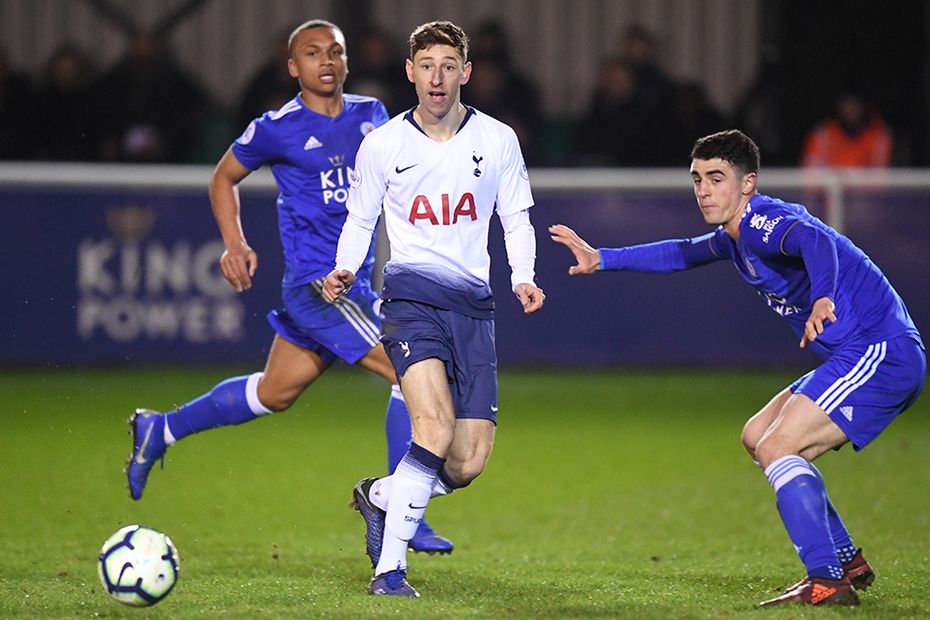 A second-half brace from Jack Roles moved Tottenham Hotspur up to ninth as they came from behind to win 2-1 at Leicester City in Premier League 2 Division 1.

The home side took the lead in the 20th minute through Thakgalo Leshabela, after he fired in from the edge of the box at Holmes Park.

Roles, a 34th minute substitute, then levelled for Spurs three minutes after the break, when he finished from close range.

Spurs and Roles scored their second of the match eight minutes from time, when he reacted to flick in a Tariq Hinds' cross, before Foxes defender Calvin Ughelumba was sent off in stoppage time.

A fourth consecutive defeat moves Leicester down to sixth on 27 points, while Spurs are five points further back.