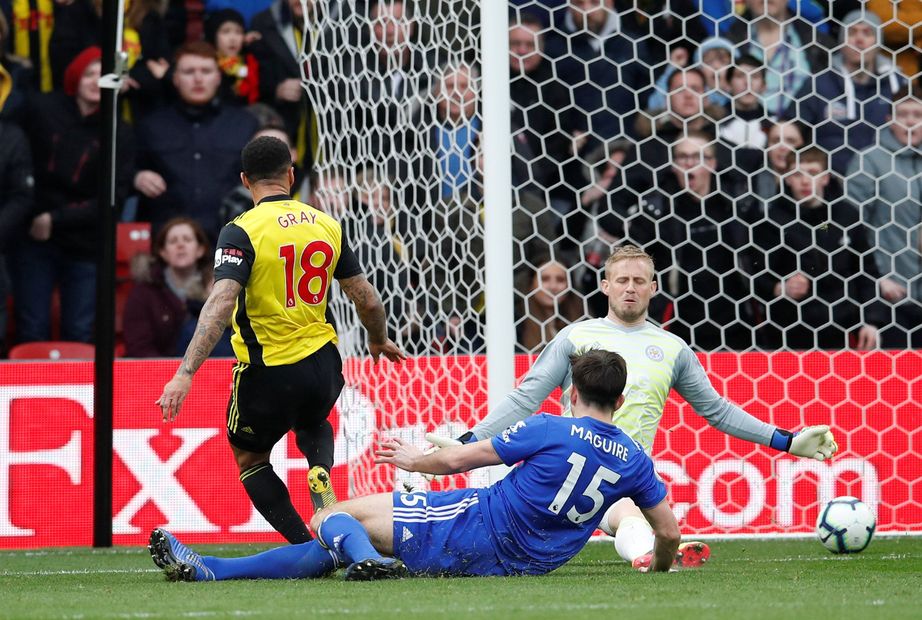 The Hornets went ahead in only the fifth minute, when a free-kick from Gerard Deulofeu was glanced in by Troy Deeney for his first home goal since September.

In the second half, Kasper Schmeichel made a brilliant save to push away a powerful effort from Abdoulaye Doucoure.

Jamie Vardy equalised for Leicester on 75 minutes after he latched on to a pass from Youri Tielemans to finish past Ben Foster.

But in the second minute of stoppage time, Watford claimed victory when Gray calmly slotted beyond Schmeichel.