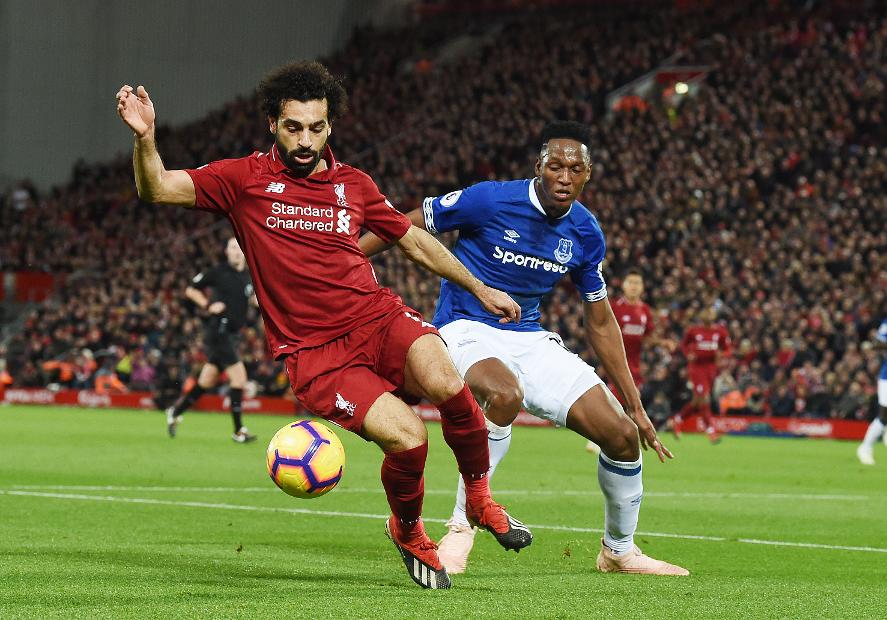 Everton are looking for back-to-back wins after their midweek victory at Cardiff City while Liverpool will aim to retake top spot by improving their record-breaking unbeaten run against their Merseyside rivals.

Liverpool are hopeful that Roberto Firmino (ankle) will be available for selection but the trip across Merseyside comes too soon for defender Dejan Lovren.

This will be the 200th top-flight meeting between Everton and Liverpool, becoming only the second fixture to have been played that many times in the top English league after Aston Villa v Everton (202).

Everton are winless in their last 18 encounters with Liverpool across all competitions (D9 L9), their longest winless run against the Reds.

Despite remaining unbeaten in their last 16 league meetings with the Toffees, Liverpool are looking to do the double over Everton for just the third time in the last eight seasons (also in 2011/12 and 2016/17).

Mohamed Salah has scored 49 goals in 64 Premier League matches for the Reds. If he scores this weekend, he will reach 50 for one club quicker than any other player in the competition’s history.