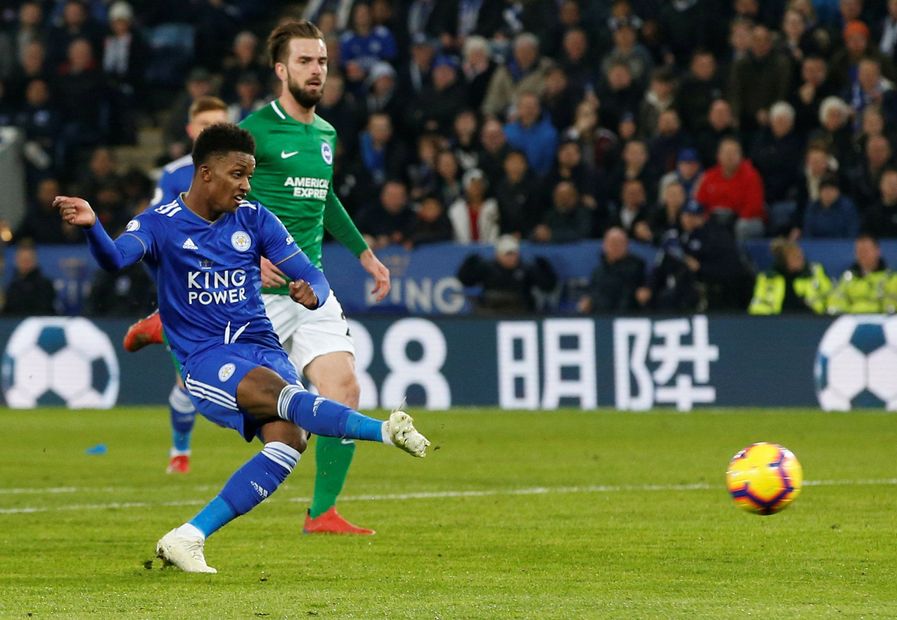 With their newly-appointed manager Brendan Rodgers watching on, the hosts opened the scoring after 10 minutes.

After the break, Glenn Murray might have scored an equaliser but sent his close-range shot wide.

Leicester doubled their lead as Jamie Vardy rifled in his ninth PL goal of the season on 63 minutes.

Although Davy Propper pulled a goal back three minutes later the Foxes held on for the win.

Brighton remain in 16th on 27 points, three points above the relegation zone, while Leicester move up to 11th place with 35 points.