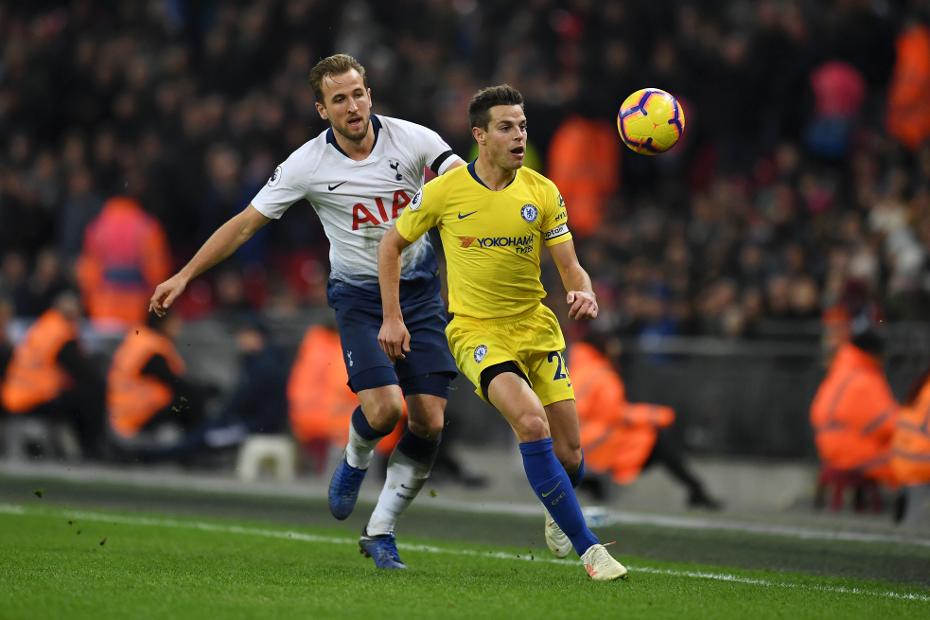 Harry Kane: It's a big week ahead so we move on External Link

It's an all-London affair at Stamford Bridge where Chelsea return to Premier League action for the first time since the EFL Cup final. The Blues host a Tottenham team looking to bounce back from a first defeat in five matches last weekend.

Maurizio Sarri said he is yet to decide whether Kepa Arrizabalaga will start.

The Chelsea manager did not report any injury concerns.

Spurs will be without Eric Dier (tonsillitis) and Dele Alli (hamstring), as the latter continues his on-field rehabilitation.

Chelsea have only lost one of their last 32 home games against Spurs in all competitions, winning 20 and drawing 11. However, that defeat did come in this exact fixture last season when the Blues lost 1-3.

Tottenham have won three of their last four Premier League games against Chelsea, as many as they had in their previous 20 against them, winning three, drawing nine and losing eight.

Mauricio Pochettino has won four Premier League games against Chelsea as Tottenham boss – more than every other Spurs manager combined in the competition. Martin Jol won one and Harry Redknapp won two.

Christian Eriksen has been involved in 15 goals in 17 Premier League games played on Wednesday, netting seven goals and providing eight assists, including two assists against Chelsea in January 2017.