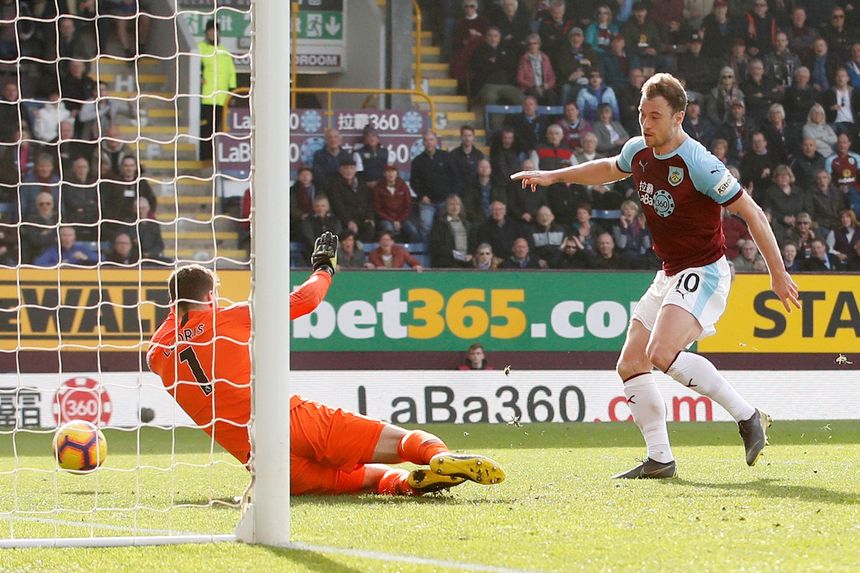 The consistency of Burnley forward Ashley Barnes has caught the eye of the Premier League's all-time leading goalscorer, Alan Shearer.

Barnes maintained his impressive form with the winner in Saturday's home 2-1 win over Tottenham Hotspur.

With the Clarets now unbeaten in eight Premier League matches, Shearer has also chosen Sean Dyche as the manager for his Team of the Week.

There's some sting in that front line...

Here it is, @alanshearer's #PL Matchweek 27 Team of the Week. Thoughts? pic.twitter.com/Gv99SetsuJ

The Arsenal goalkeeper made some very good saves, including one at 0-0.

Didn't have to defend too much but looked very good going forward and had a hand in both Newcastle goals.

The Crystal Palace centre-back was outstanding against Leicester.

Saw off Mohamed Salah and never gave a kick to Liverpool's front three.

The left-back was Man of the Match for Man Utd. Another who has improved under this manager.

MOM. So impressive again and ran the middle of the park.

They didn't miss Nemanja Matic at all. This midfielder was up against three big players and was better than all of them.

I love his work ethic for the team, plus his goals. He gave the defenders a really tough time.

The Burnley man has scored in four successive Premier League matches now and proved a real handful for Spurs' defence.

Became the first Watford player to score a top-flight hat-trick since Mark Falco in October 1986. Really playing well of late, with goals and assists.

He's doing an outstanding job again and got Burnley doing what they did so very well last year.