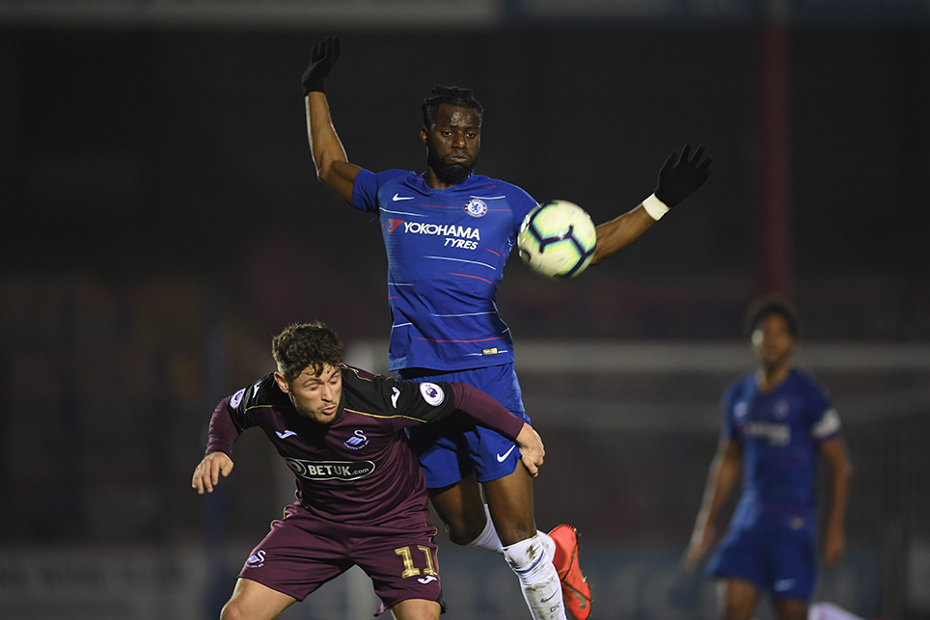 A goal in each half by Keston Davies and Liam Cullen earned 10-man Swansea City a 2-0 away win over Chelsea to boost their prospects of remaining in Division 1.

Cullen doubled the visitors' lead three minutes from time when he fired into the top corner from the edge of the penalty area.

A second booking meant Blake was subsequently sent off but Swansea held on for only their third league win of the season.