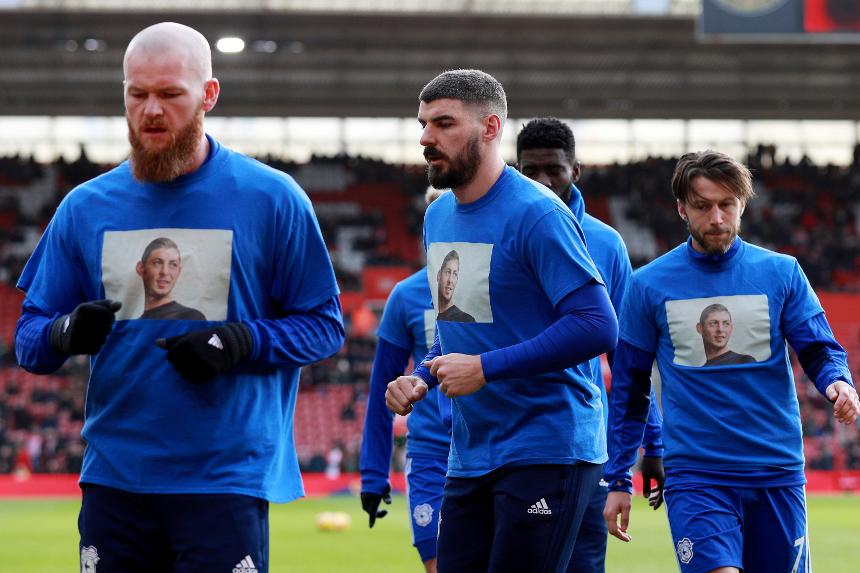 In the first matches since it was confirmed that the striker had died after his plane had gone missing over the English Channel, there was a minute’s silence held at St Mary’s Stadium ahead of the match between Southampton and Cardiff City, who had agreed the signing of the Argentinian last month.

Cardiff players warmed up in T-shirts bearing the image of Sala and wore a daffodil symbol on their shirts in their dramatic 2-1 victory, while fans at St Mary's held up tributes to him as well.

Around the stadiums in the competition this weekend, players wore black armbands and tributes were also paid by fans who applauded in memory of the player as his image was shown on the big screens.