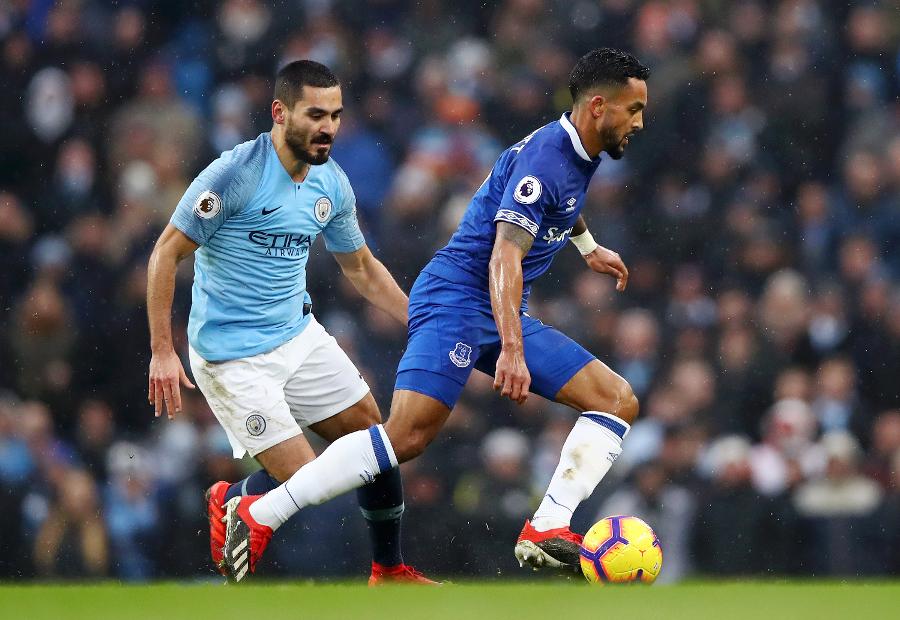 Title-chasing Manchester City are looking for their sixth win from their last seven Premier League matches against an Everton side hoping to move up to eighth place by bouncing back from Saturday's defeat to Wolverhampton Wanderers.

Manchester City will be without Vincent Kompany, Eliaquim Malanga and Claudio Bravo but Benjamin Mendy (knee) could feature.

Manchester City have won two of their last three Premier League away matches against Everton, as many as they had in their previous 17 visits to Goodison Park in the competition.

Everton’s Theo Walcott has scored five PL goals against Manchester City. Only against West Ham United (6) has he scored more in the competition. Those five goals have come in his last seven appearances against the Citizens.

Sergio Aguero has scored in each of his last four matches in all competitions for Manchester City. In that time, he scored six times from eight shots on target and played just 249 of the 360 minutes available.

Manchester City have lost three of their last five league away matches, more than they had in their previous 34 on the road.