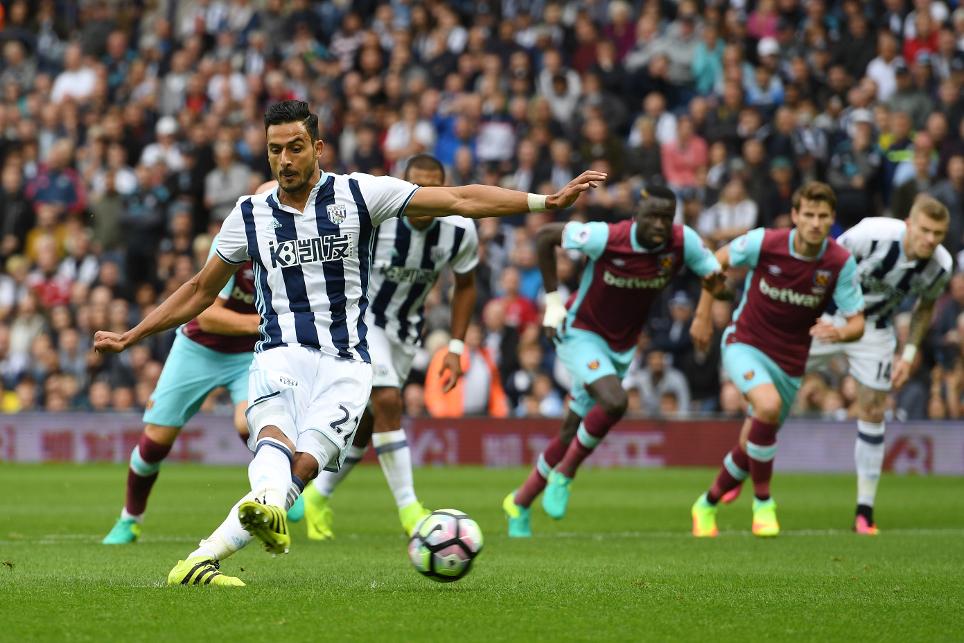 Home debutant Nacer Chadli was involved in all his side's goals as West Bromwich Albion ran out 4-2 winners over West Ham United at The Hawthorns.

Chadli broke the deadlock from the penalty spot after Arthur Masuaku's handball, while Salomon Rondon's rifled a shot past Adrian to make it 2-0 after 37 minutes.

James McClean flicked in Chadli's effort to make it 3-0 at half-time, which quickly became four after the break as the former Spurs winger poked home Rondon's square pass.