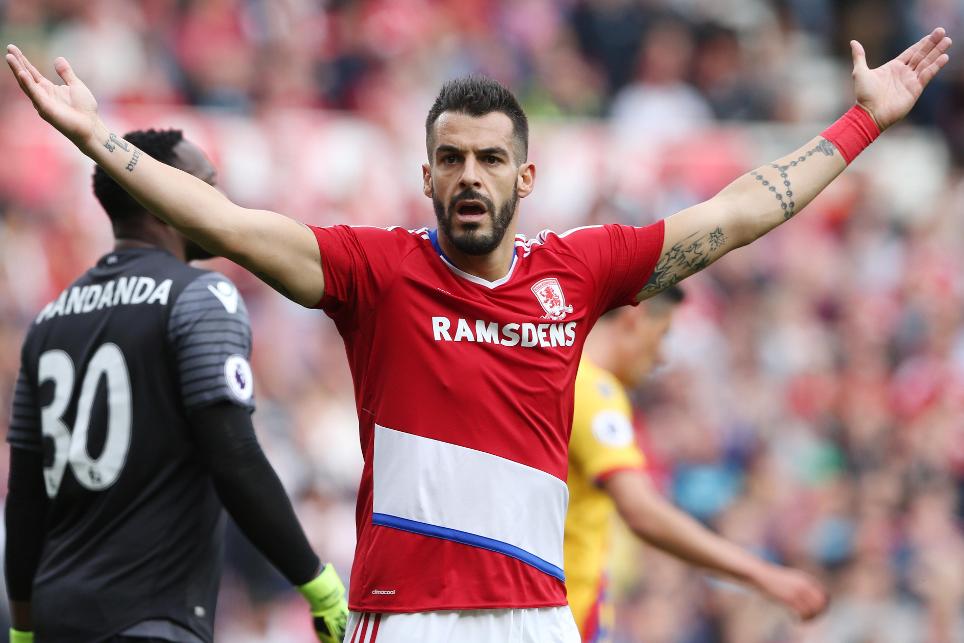 Gibson: We Must Make Riverside A Fortress External Link

'Lessons to be learned from Palace match' External Link

After 1,139 minutes and 40 attempts without a goal, Romelu Lukaku (£9.1m) swept aside Sunderland with an 11-minute hat-trick at the Stadium of Light.

His remarkable and sudden turnaround in form in Everton’s Monday evening victory has been met by a surge of FPL interest.

The Belgian has been subjected to more transfers in than any other player in the last 24 hours, finding his way into almost 70,000 new squads.

That currently ranks him fifth for the Gameweek overall, though he seems likely to climb further as we near Friday’s 7pm deadline.

Middlesbrough’s Alvaro Negredo (£6.9m) is seemingly the player most at threat from Lukaku’s ascent.

Still the most popular transfer target since the season kick-off, Negredo has suffered more sales in the last 24 hours than any other player.

Fantasy managers are clearly moving to find room for the Lukaku, even with the return of Manchester City’s Sergio Aguero (£13.0m) in Gameweek 6.

Over 10,000 FPL managers have swapped Negredo out for the Toffees striker, with Boro's foward losing 60,000+ owners since Saturday’s deadline passed and over 30,000 transfers out in the last 24 hours.

Negredo has failed to find the net in his last three matches, mustering just a trio of efforts on goal in that spell.

He is still part of 31.4% of squads. But trips to Everton and Arsenal, combined with a home encounter against Tottenham Hotspur in his next five Gameweeks, suggest that Negredo may struggle to justify that figure.

Diego Costa (£9.9m) is the other striker enjoying plenty of transfer traffic.

He earned an army of new owners as a result of Aguero’s suspension and sparked further interest with his two-goal, 12-point haul in Chelsea's win at Swansea City.

With over 80,000 transfers in since Saturday, Costa’s stock remains buoyant, although he has earned less than 50% of Lukaku’s transfers overnight, suggesting that the tide has turned the way of the Toffees’ striker.

Midfielders Etienne Capoue (£4.8m) of Watford and West Ham United’s Michail Antonio (£7.1m) have been the main attractions so far ahead of Gameweek 5.

Capoue is closing in on Negredo as the top transferred in player over the season, having gained 783,000+ new owners since Gameweek 1.

Almost 150,000 of those have arrived since Saturday, with his 13-point return against West Ham United proving the catalyst.

Ross Barkley (£7.7m) is the other midfield fall guy.

Having been withdrawn at half-time by Ronald Koeman at Sunderland, the Everton playmaker has been sold by more than 25,000 managers in the last 24 hours – more than any other midfielder and second only to strikers Aguero and Negredo.