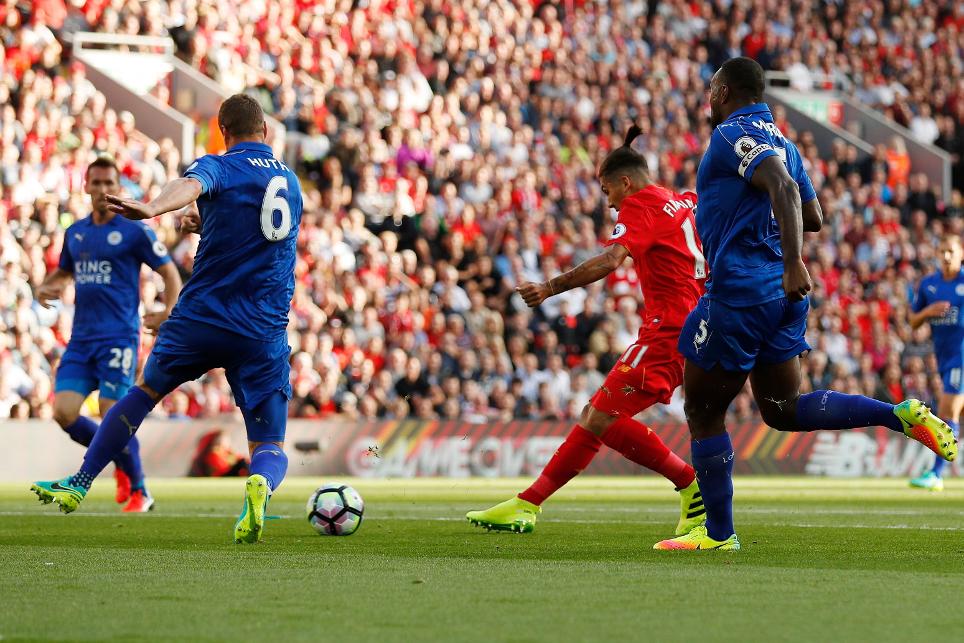 Roberto Firmino scored twice as Liverpool marked their first match at Anfield this season with a 4-1 victory over Leicester City.

The capacity was taken up to 54,074 with an extra 8,000 seats in the new Main Stand, and a packed Anfield was treated to an entertaining win against the Premier League champions.

Firmino slotted in the opener after evading Robert Huth with a clever touch from James Milner's pass and sliding the ball past Kasper Schmeichel.

Sadio Mane added a second after lifting the ball over Schmeichel from Daniel Sturridge’s backheel on 31 minutes.

Jamie Vardy scored in an open goal after Lucas Leiva’s misplaced pass but Adam Lallana restored the two-goal advantage with a ferocious drive after the break.

Firmino sealed the win in the 89th minute after Mane led a counter-attack as the visitors pushed forward.