Nike has been the Official Ball Supplier to the Premier League since the 2000/01 season, so in 2019/20 we are celebrating the 20th year of Nike’s finest football technology on Premier League pitches.

Starting with the Nike Geo Merlin in 2000/01, through to the Nike Merlin for 2019/20, Nike’s matchballs bring pinnacle performance innovation to the pitch, season after season.

The speed at which Premier League football is played has continued to increase, and shows no sign of slowing up.

The Merlin is designed to keep pace with, and facilitate this constant evolution of the world’s best and most watched league. We believe the ball represents the perfect blend of innovation that delivers an elite edge, with design inspired by the urban landscapes of England’s cities, where a unique culture exists; living and breathing Premier League football. 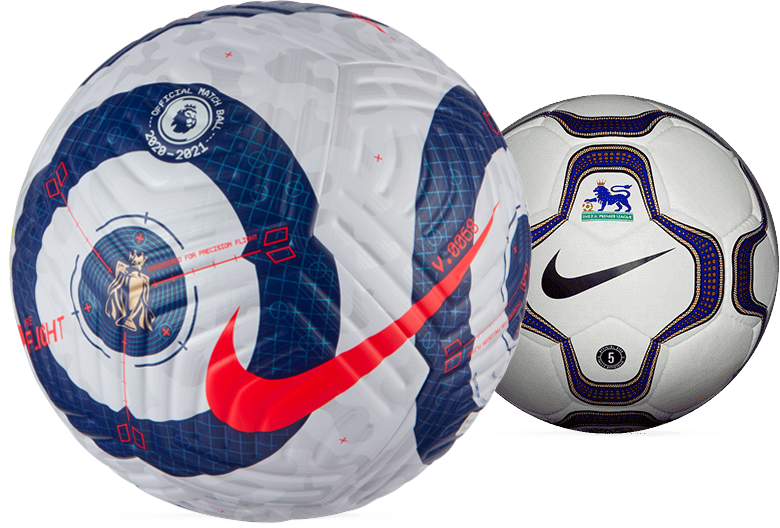 Discover the history of the Nike ball and its 21-year association with the Premier League, from the Nike Geo Merlin in 2000/01 to the Nike Flight in 2020/21.