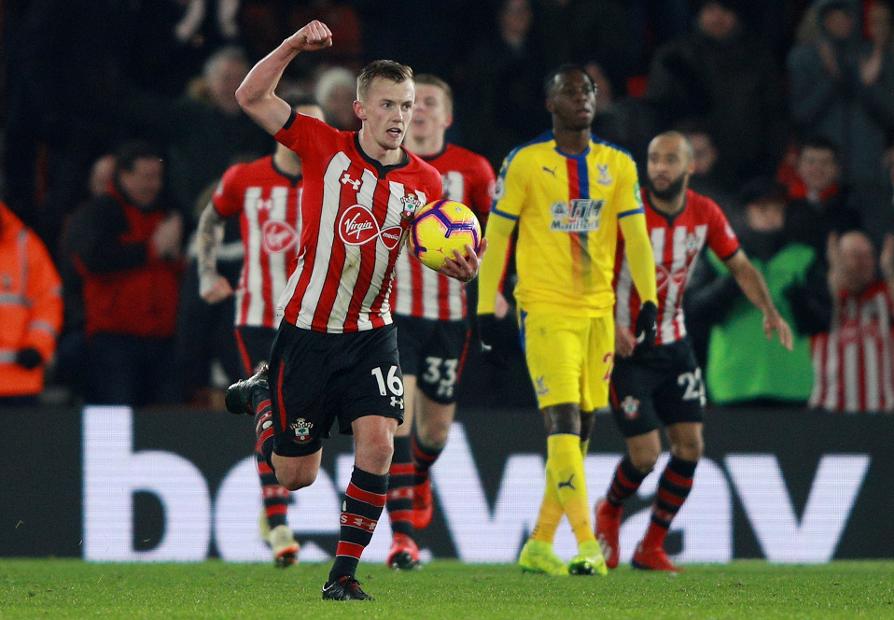 James Ward-Prowse scored for the third Premier League match in a row to earn a 1-1 draw for Southampton against 10-man Crystal Palace.

Ward-Prowse met Matt Targett's left-wing cross and finished into the bottom corner in the 77th minute.

Wilfried Zaha had given Palace the lead from the edge of the area four minutes before half-time with his fourth goal of the season – all of them coming away from home.

But Zaha was dismissed three minutes from time for collecting two yellow cards in quick succession.

The sides each moved up one place in the table, with Palace 15th and Saints 16th, but each are only four points above the relegation zone.