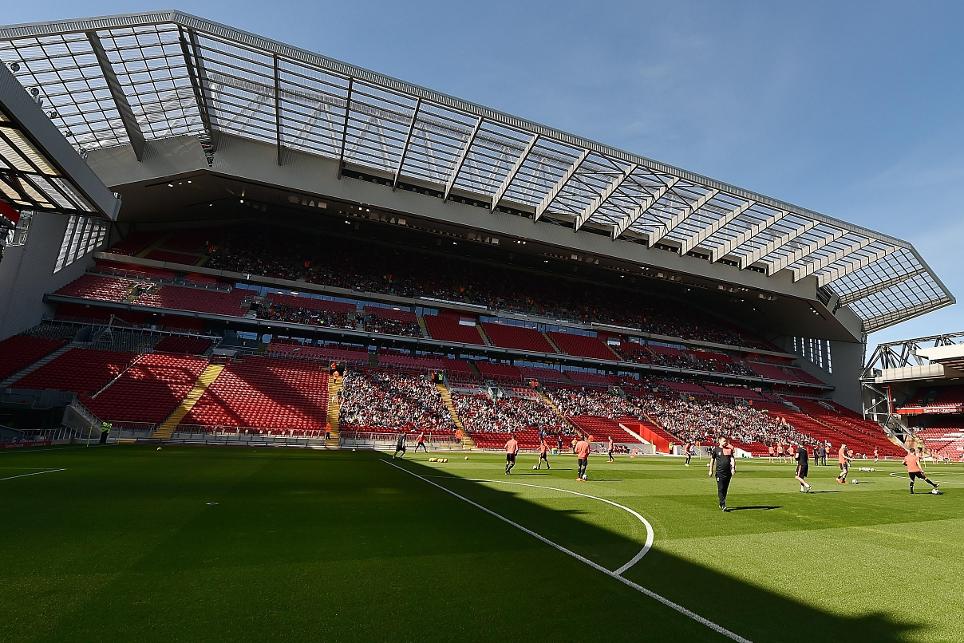 Liverpool have announced the capacity of Anfield has increased to 54,074.

The Merseyside club have spent the last 18 months redeveloping the Main Stand at their historic home ground, with the modifications having added more than 8,000 seats to the stadium.

Jurgen Klopp, the Liverpool manager, hopes the bigger crowd will help when his side host Leicester City, the champions, on Saturday evening.

"There's 8,000 more of us at Anfield this season," he said. "More power. We should use this wonderful opportunity."

The unveiling of the new Main Stand is taking place, with coverage on Liverpool's Facebook page. This gallery shows how the stand developed.