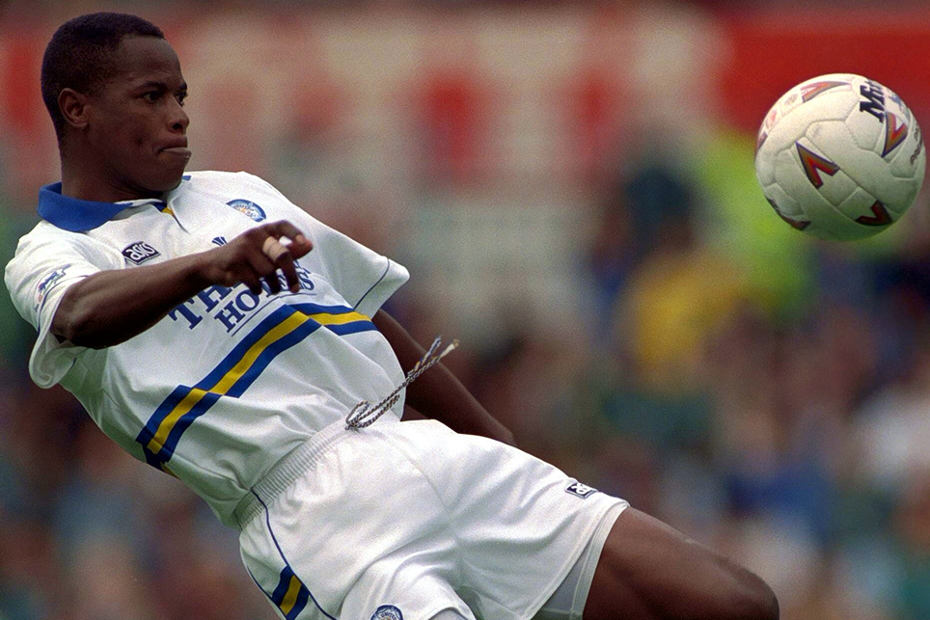 On this day in 1995: Leeds 4-0 QPR
Flashback: Wallace's sensational solo run against Spurs
Landmark goals in the Premier League

Former Leeds United striker Phil Masinga has died at the age of 49.

Masinga signed for Leeds in 1994, becoming the first South African to play in the Premier League when he came on as a substitute in a 0-0 draw at West Ham United.

His goal against Chelsea a week later was the first by a South African in the PL.

Compatriot Lucas Radebe, who joined Leeds at the same time as Masinga, has fondly remembered his first days in England as he paid tribute to his former team-mate.

"For us as Africans it was a great experience," Radebe told the BBC. "We weren't used to the weather and we struggled a little bit - we kept each other warm at times.

It is with great sadness that the club has learnt of former striker Phil Masinga’s passing. The thoughts of everyone at #LUFC are with his family and friends pic.twitter.com/d0H0EO8idl

"Phil was a big hit with the team and the players. I looked up to him and I think he inspired me the most. It was absolutely great the way he adapted to the situation.

"He was easy to get along with and he was most respected at the club as a person."

"It is with great sadness that the club has learnt of former striker Phil Masinga's passing," read a Leeds United statement.

"The thoughts of everyone at #LUFC are with his family and friends."