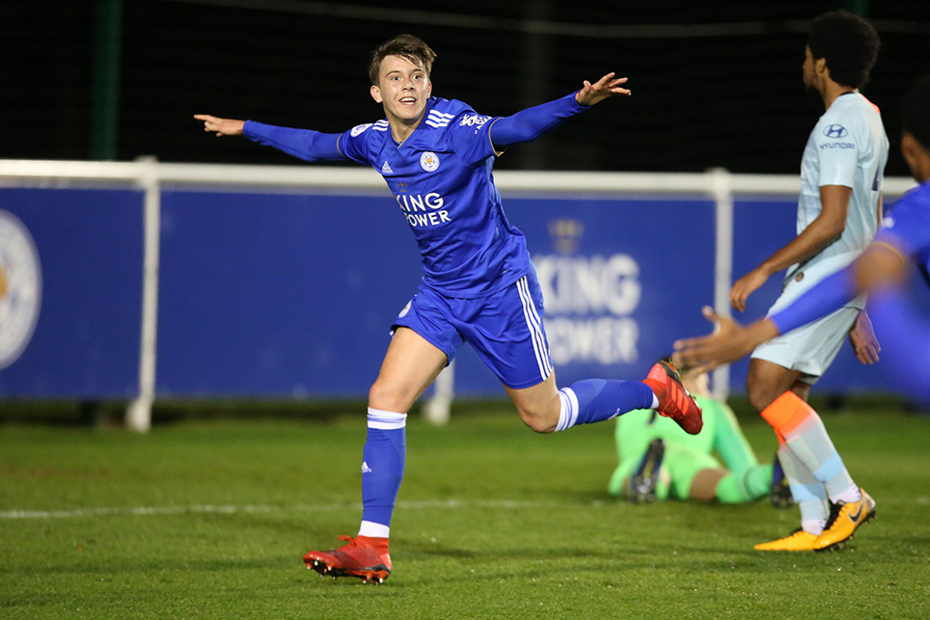 Playing five days before the clubs' senior teams meet at Stamford Bridge, the hosts took the lead in the 23rd minute when Callum Wright (pictured above) picked up Tyrese Shade’s through-ball to score.

Chelsea equalised when Charlie Brown found the net from close range after superbly linking up with Conor Gallagher.

But four minutes after the break, Leicester were back in front when Shade’s effort deflected in off Marc Guehi.

Leicester are fourth on 21 points, above Chelsea on goal difference.