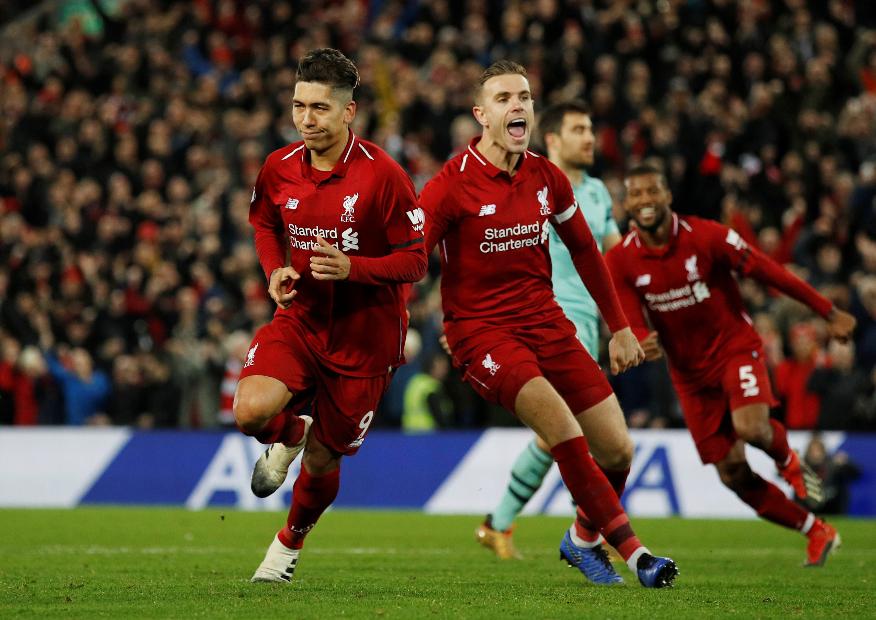 Ainsley Maitland-Niles had given Arsenal the lead with his first PL goal on 11 minutes, but shortly afterwards Firmino turned the match on its head with two goals in as many minutes.

In the second half, Firmino completed his hat-trick with a penalty after Sead Kolasinac had fouled Dejan Lovren.

After Tottenham Hotspur's 3-1 defeat to Wolverhampton Wanderers, unbeaten Liverpool stretched their lead at the top with their ninth PL win in a row.

Third-placed Manchester City will move to within seven points if they win at Southampton on Sunday.