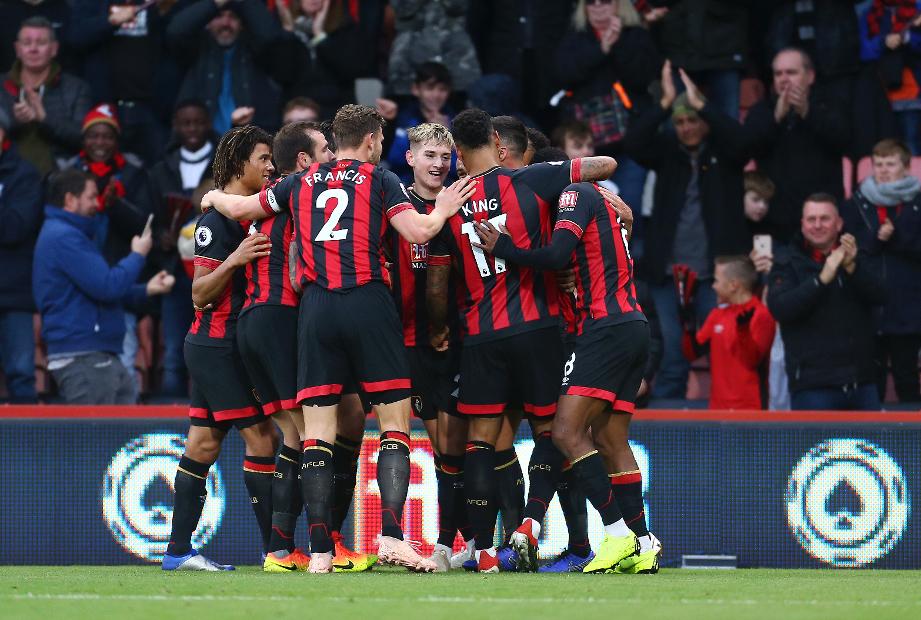 There were early chances for both sides, with Brighton's Yves Bissouma denied by Asmir Begovic and AFC Bournemouth forward Callum Wilson having a shot cleared off the line.

Brooks gave AFC Bournemouth the lead when he ran at the visiting defence and buried a left-footed shot from the edge of the penalty area on 21 minutes.

Shortly after Brighton defender Lewis Dunk was sent off for a second bookable offence on 73 minutes, Ryan Fraser found Brooks, who doubled the lead with a looping back-header.

AFC Bournemouth climb to eighth on 26 points, while Brighton stay 13th on 21 points.