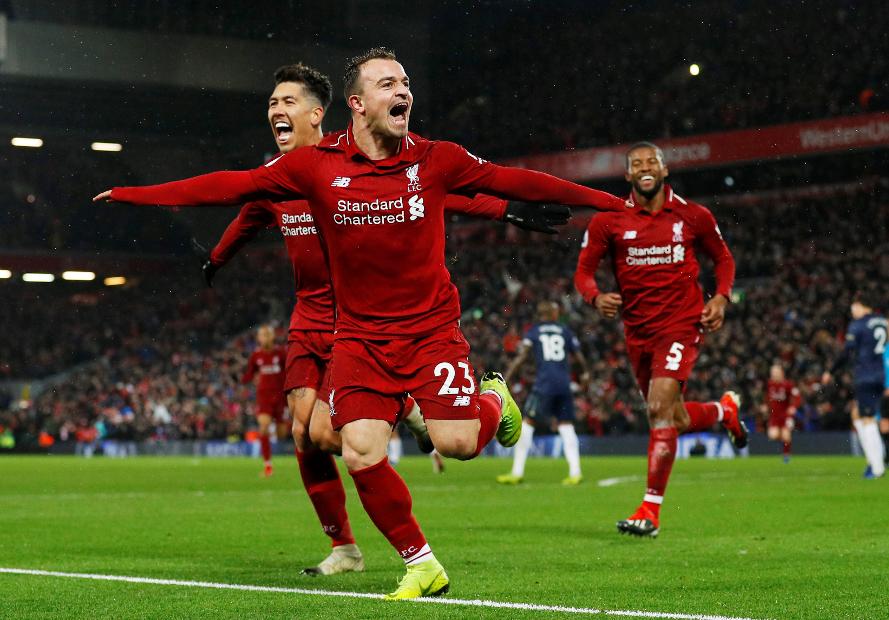 Shaqiri: I always try to make an impact! External Link

Liverpool returned to the top of the Premier League as a late double from substitute Xherdan Shaqiri sealed a 3-1 triumph over Manchester United.

Jurgen Klopp's side took the lead on 24 minutes when Fabinho chipped the ball over the visiting defence and Sadio Mane showed wonderful control to chest and volley past David De Gea.

Man Utd levelled against the run of play in the 33rd minute after Alisson was unable to hold Romelu Lukaku’s cross and Jesse Lingard pounced on the rebound.

Liverpool dominated with a total of 36 attempts on goal compared to United's six but the match turned following the introduction of Shaqiri with 20 minutes left.

He had been on pitch for only three minutes when Mane’s cross was parried into his path by De Gea and he rifled a deflected shot in off the bar.

With 10 minutes remaining he was again on hand to score from 18 yards out, via another deflection.

Liverpool remain unbeaten after 17 matches and their first PL win against Man Utd in nine attempts restores their status as league leaders with 45 points.