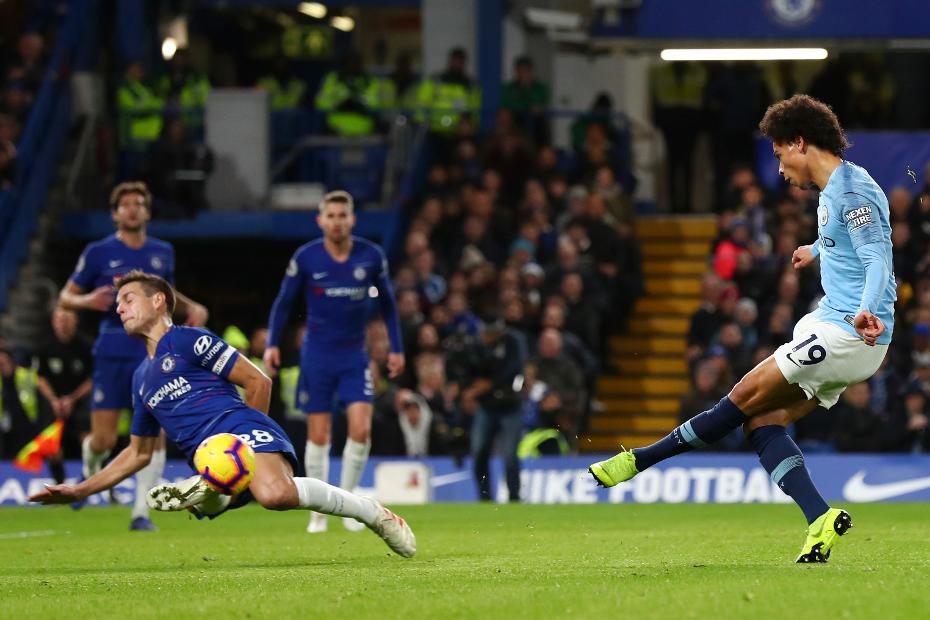 Martinez: Hazard showed he is a team player

Azpilicueta turned in an exceptional performance in the 2-0 win, alongside David Luiz.

"He made a crucial block on Leroy Sane at 0-0," said Shearer when naming Azpilicueta in his Team of the Week. "No player has made more tackles in a match this season than the 13 he did against City."

The Chelsea goalkeeper made a vital block in the first half and is developing similarly to how David De Gea did at Manchester United.

He made a crucial block on Leroy Sane at 0-0 and no player has made more tackles in a match this season than the 13 he did against City.

He helped Burnley keep a rare clean sheet and scored a vital goal.

The Brazilian held the Chelsea line firm in the first half at Stamford Bridge and was instrumental in both goals.

The veteran came back to form with a great goal.

The Spurs attacking midfielder is in form, returning another goal and another assist.

The Uruguayan made another vital contribution and capped his display with a decisive goal.

Pereyra helped to turn the match around at Goodison on Monday and was unlucky not to win it for Watford.

This man is on fire, impressing with yet another great goal for West Ham.

A return to the Salah of last season with his hat-trick.

After a wobble Sarri showed how good a coach he is by masterminding the win over City.