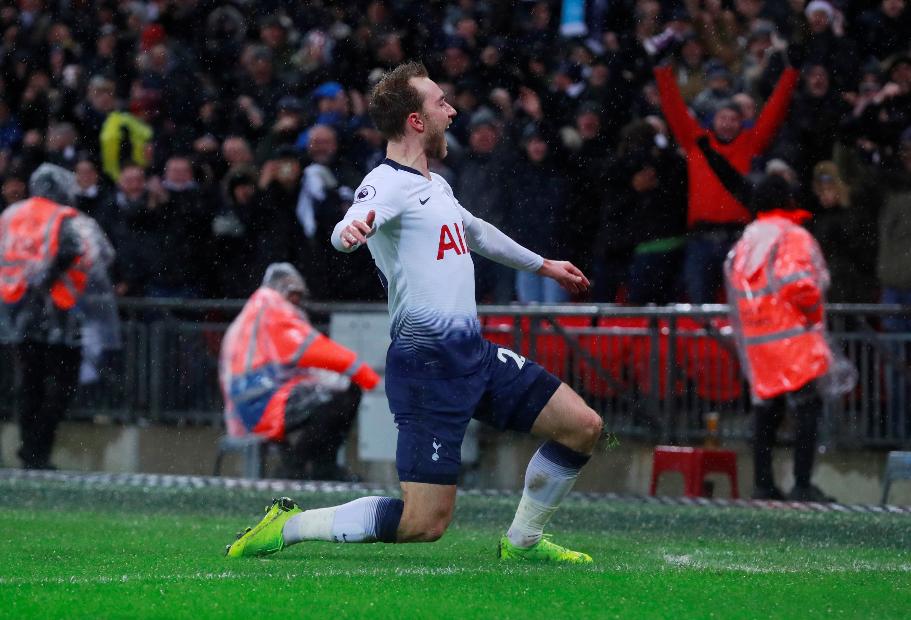 Christian Eriksen struck his first Premier League goal of the season in stoppage time to secure Tottenham Hotspur a 1-0 win against Burnley.

Erik Lamela came closest for Spurs in the first half with a poked effort well saved by Joe Hart.

Burnley threatened when Ashley Barnes's second-half volley was blocked by Harry Kane, before Hart saved Lamela's close-range shot late on at the other end.

It looked as if Spurs would draw their first PL match of the season when Son Heung-min drove wide and Dele Alli missed from a metre as the clock ticked down.

But in the first minute of added time, Kane played in substitute Eriksen, who fired past Hart to secure Mauricio Pochettino's 100th PL victory at Spurs.

Spurs are third with 39 points, while Burnley remain in 17th on 12.