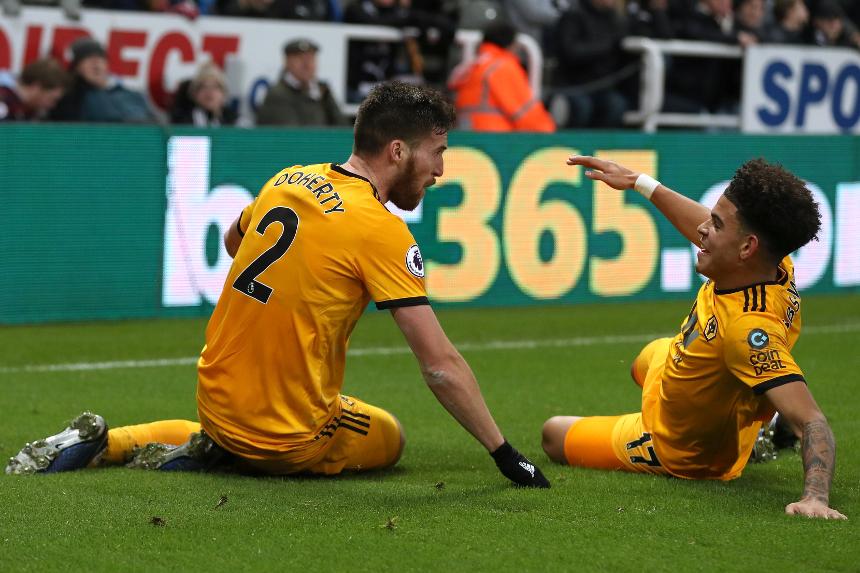 Jota opened the scoring on 17 minutes with his second goal in as many Premier League matches when he controlled and finished Helder Costa's cross.

But, after Salomon Rondon's free-kick crashed off the underside of the crossbar, the Venezuelan picked up the Wolves clearance and crossed for Ayoze Perez to head in Newcastle's 23rd-minute equaliser.

Following Yedlin's dismissal, Wolves substitute Raul Jimenez hit the crossbar with a powerful shot and Doherty had a shot brilliantly saved by Dubravka before he did find the net after Jota's effort was palmed into his path.