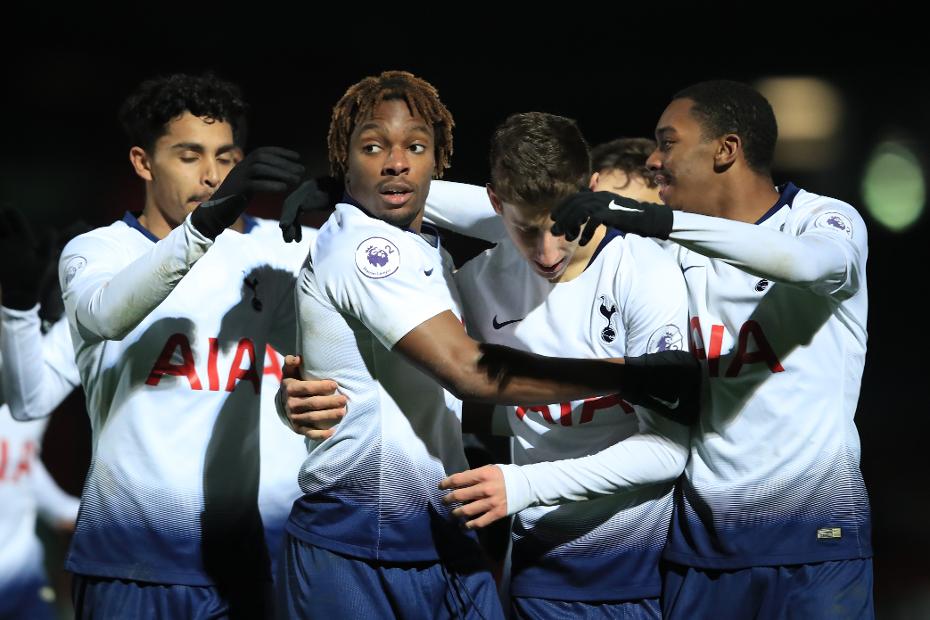 Jack Roles and Kazaiah Sterling scored as Tottenham Hotspur kicked off their Premier League International Cup campaign with a 2-1 victory against Wolfsburg at Lamex Stadium.

Roles curled in the opening goal against the German side from a tight angle in first-half stoppage-time.

It was 2-0 to the hosts two minutes after the break when Sterling fired in an effort from just outside the box.

Wolfsburg pushed for a goal and pulled one back when Dan Hanslick headed in on 82 minutes.

Spurs move up to second in Group C with their opening victory.

Wolfsburg lead the group on goal difference but have played one match more than the north Londoners. Athletic Club Bilbao and Norwich City are the other teams in Group C.