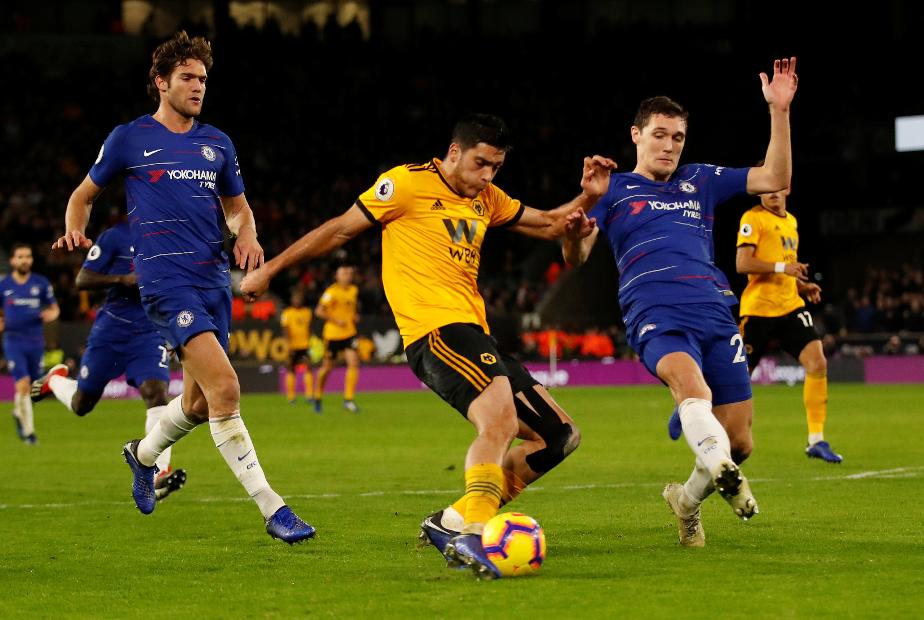 Wolverhampton Wanderers came from behind to earn a 2-1 victory against Chelsea at Molineux.

Chelsea opened the scoring on 18 minutes when an effort from Ruben Loftus-Cheek, making his first Premier League start of the season, went in via the head of Conor Coady.

Wolves were level on 59 minutes when a through-ball from Morgan Gibbs-White, on his first PL start, found Raul Jimenez and he drilled a powerful shot between the legs of Kepa Arrizabalaga.

Four minutes later, Wolves were 2-1 ahead. Joao Moutinho played in Matt Doherty and he slid the ball across goal to leave Diogo Jota with a simple finish.

A first victory since October means Wolves are 12th with 19 points, while Chelsea are down to fourth on 31 points.