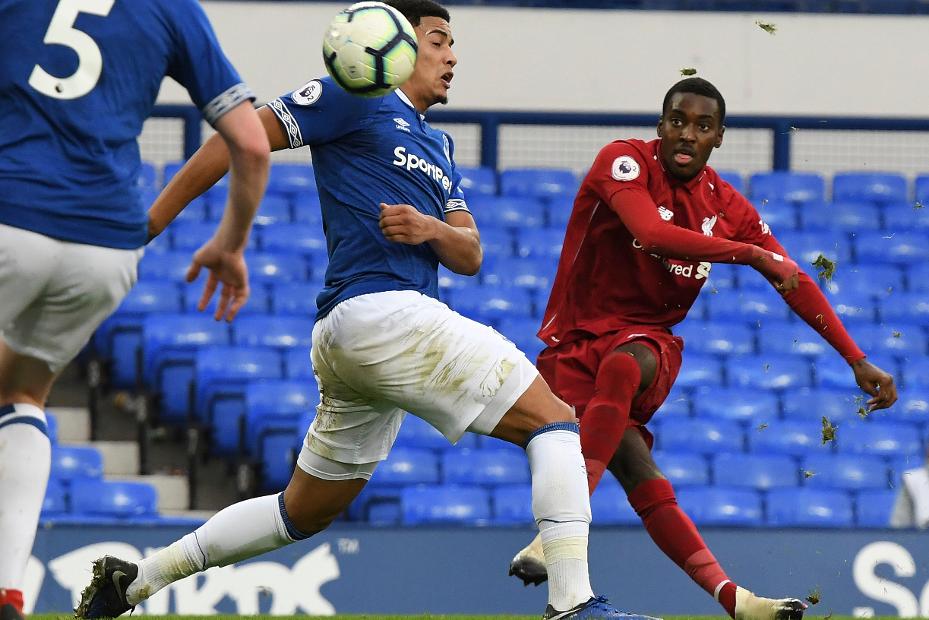 There was an element of good fortune about Camacho’s 12th-minute winner as Adam Lewis’s drive from outside the penalty area deflected in off the winger and wrong-footed Everton goalkeeper Joao Virginia.

The Reds might have taken an earlier lead when they twice struck the bar in the same passage of play.

Nathaniel Phillips watched his header come back off the woodwork after rising to meet Conor Masterson’s looping flick-on, and Ben Woodburn followed suit moments later with his own effort from close range.

Everton had a sight of goal on 66 minutes when Bassala Sambou’s low shot was saved by Caoimhin Kelleher.

But the Reds held on to claim mini-derby bragging rights and move up to eighth place.

Everton remain top, a point ahead of Derby County, who host Arsenal on Monday night.