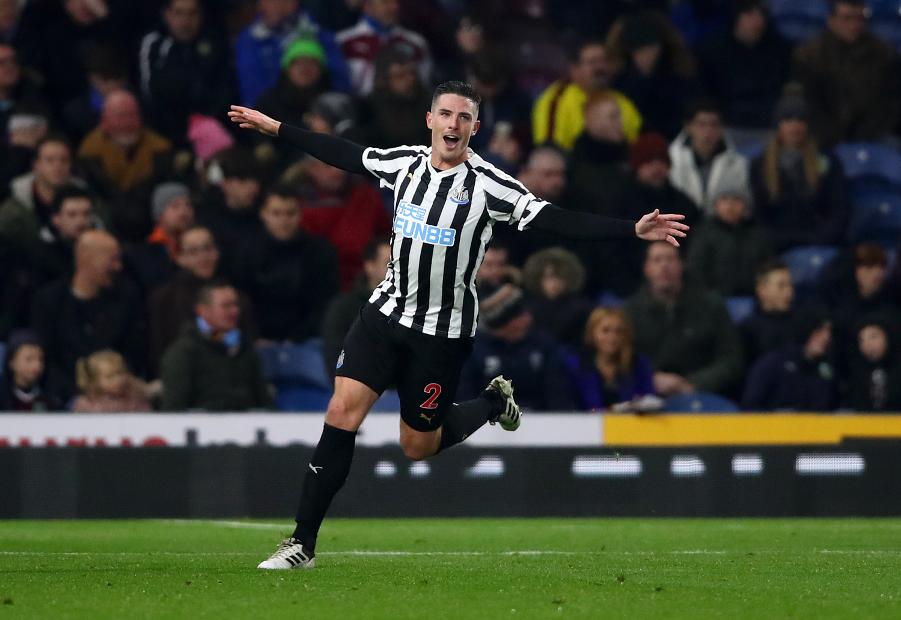 The visitors went ahead in the fourth minute when Federico Fernandez’s shot was diverted into his own goal by Burnley’s Ben Mee.

Newcastle doubled their lead on 23 minutes, thanks to a glancing header by Ciaran Clark from Matt Ritchie’s cross.

Burnley got back in the match when Sam Vokes headed Ben Mee’s crossfield pass past Martin Dubravka from 17 yards.

In an open match Ritchie skewed wide from two yards out five minutes after the break, while Burnley’s Chris Wood was twice thwarted by Dubravka and once by DeAndre Yedlin's crucial block.

Newcastle substitute Joselu also struck the post in the 80th minute, and Vokes headed over in added time, but Rafa Benitez's side held on for their first away win of the season.

The Magpies move up to 13th position with 12 points.

Burnley’s eighth defeat of the season leaves them 17th on nine points.