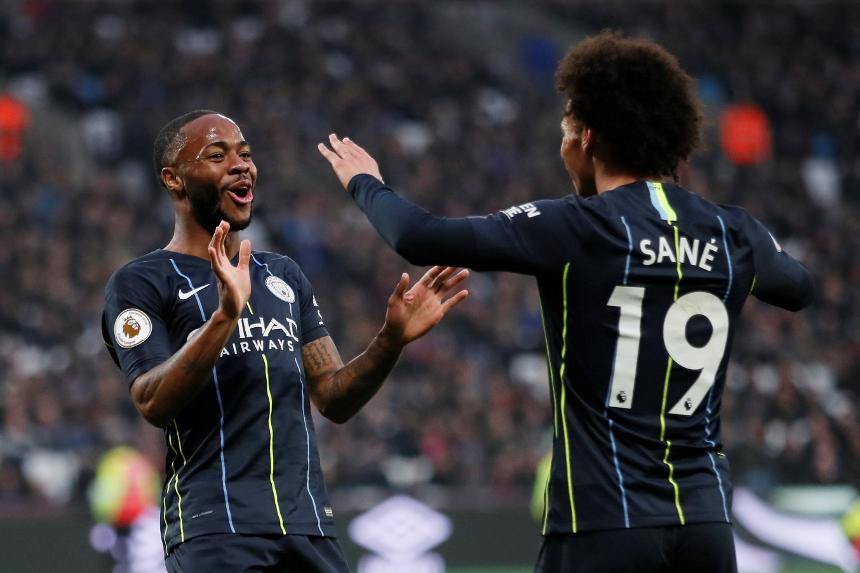 Manchester City extended their unbeaten start with a 4-0 win over West Ham United at London Stadium.

Sterling turned provider for Sane, who showed tight control in the area to make it 3-0 on 34 minutes.

Michail Antonio had West Ham's best chance of the second half but shot wide when one-on-one with Ederson.