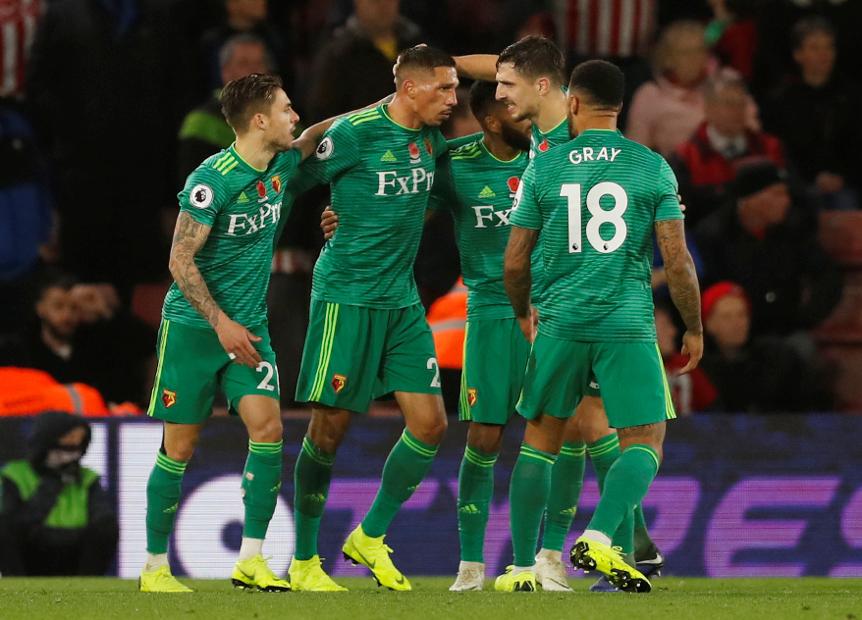 Jose Holebas's late goal earned Watford a 1-1 draw at St Mary's Stadium as they denied Southampton their first home win of the season.

Manolo Gabbiadini gave Saints the lead on 20 minutes, profiting from Danny Ings' work in the penalty area to slot in from close range.

Gerard Deulofeu and Abdoulaye Doucoure both forced Alex McCarthy into low saves as the visitors sought an equaliser before half-time.

Charlie Austin thought he had doubled the hosts' lead on 66 minutes, but his effort was ruled out when team-mate Maya Yoshida was adjudged to have impacted the play in an offside position.

Jose Holebas made it 1-1 with a deflected effort 16 minutes later, moving Watford up to seventh on 20 points.

Southampton are 17th on eight points.