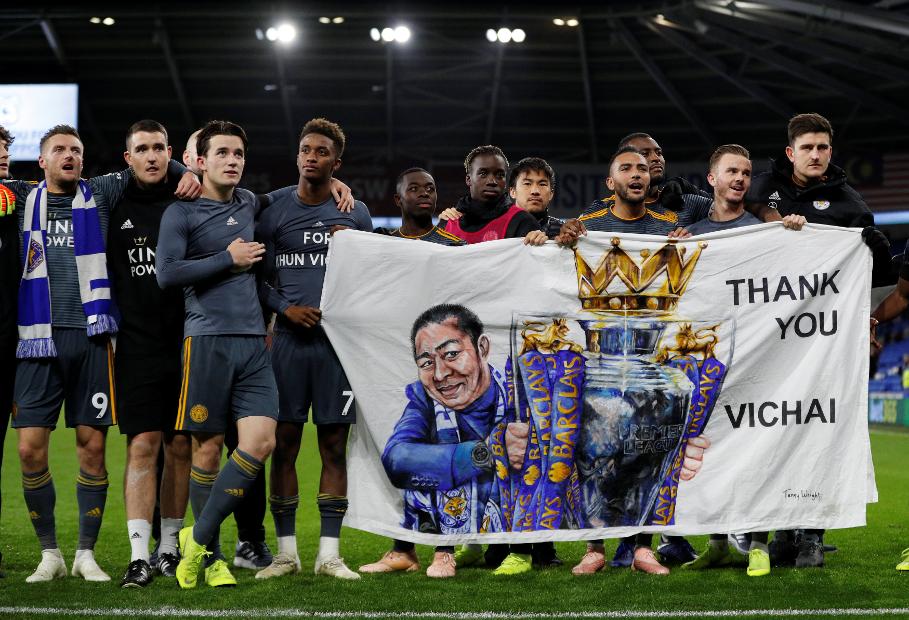 That was for Khun Vichai, says Gray External Link

For my team of the week, I could have included Alvaro Morata after his brace against Crystal Palace or Granit Xhaka for his performance against Liverpool.

And I would have loved to have chosen a Newcastle United player after their first win of the season.

But this week I have to make an exception and select the entire Leicester City team.

To play in such terrible circumstances and to then go on and get a win at Cardiff in tribute to their owner Vichai Srivaddhanaprabha is worthy of my team of the week.

The players and the football club deserve huge credit.

Watching them, their solidarity and team spirit reminded me of their fairytale Premier League title win in 2015/16.

“The players and the football club deserve huge credit”@alanshearer pays tribute to @LCFC, who battled to victory at Cardiff: https://t.co/2rLcdEzdaU pic.twitter.com/G7p1Sak14C