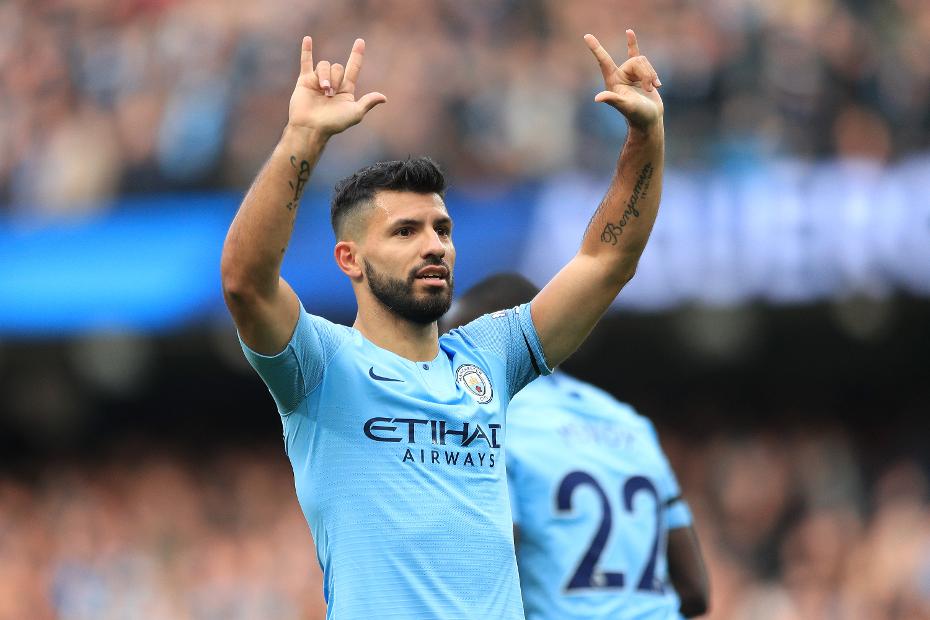 Pep: 'It is a pleasure to manage this team' External Link

In joining an elite group with his 150th Premier League goal in Manchester City's 6-1 victory over Southampton on Sunday, Sergio Aguero did so in record time.

The goal was the 30-year-old striker's 150th in the Premier League, making him only the ninth to reach that mark.

Aguero reached the milestone in the second-fewest matches in Premier League history, taking only  217 matches since joining City from Atletico Madrid in the summer of 2011.

Only Alan Shearer has done it in fewer matches. The Premier League's all-time leading goalscorer took 212 matches to reach 150 goals in the competition.

But in terms of time on the field, Aguero is well ahead of Shearer.

This is more than 36 hours quicker than the 18,293 minutes Shearer needed.

It confirms that in terms of goals in relation to playing time, Aguero is peerless among "The 150 Club".

Were he to maintain this rate, it would need another 132 matches, or towards the end of 2021/22 if he plays in every match, to overtake Shearer's record of 260.

Very happy for this win and for scoring my 150th goal on the @premierleague with this great club. A big thanks to all the team and fans for their support. And we're going for even more! 🤟🏽 #mancity pic.twitter.com/ihFD7qc55q

Aguero also became just the third player to score 150 goals in the Premier League for one club.

Only Henry, with all his 175 goals coming for Arsenal, and Wayne Rooney, who scored 183 for Manchester United, have more.