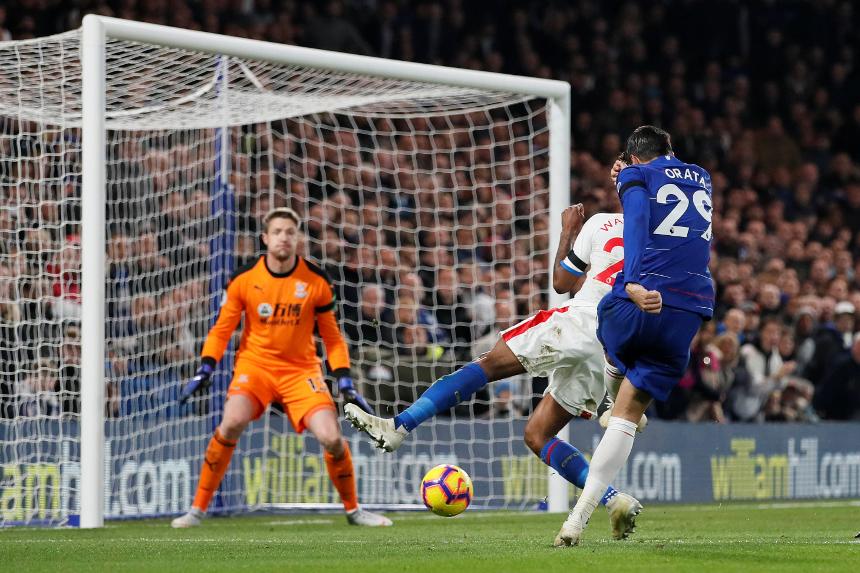 Chelsea moved up to second in the Premier League table as two goals from Alvaro Morata helped the Blues claim a 3-1 win over Crystal Palace.

Morata scored the first on 32 minutes when he swept the ball home from a Pedro pass but Palace responded seven minutes after half-time with Andros Townsend's breakaway goal.

Chelsea regained the lead on 65 minutes when Morata finished from an acute angle from substitute Eden Hazard's free-kick.

And five minutes later, Pedro diverted Marcos Alonso's cross into the bottom corner to seal the three points and maintain Chelsea's unbeaten start to the campaign.

Chelsea are ahead of Liverpool on goal difference and two points behind leaders Manchester City, while Palace are in 14th place, three points clear of the bottom three.