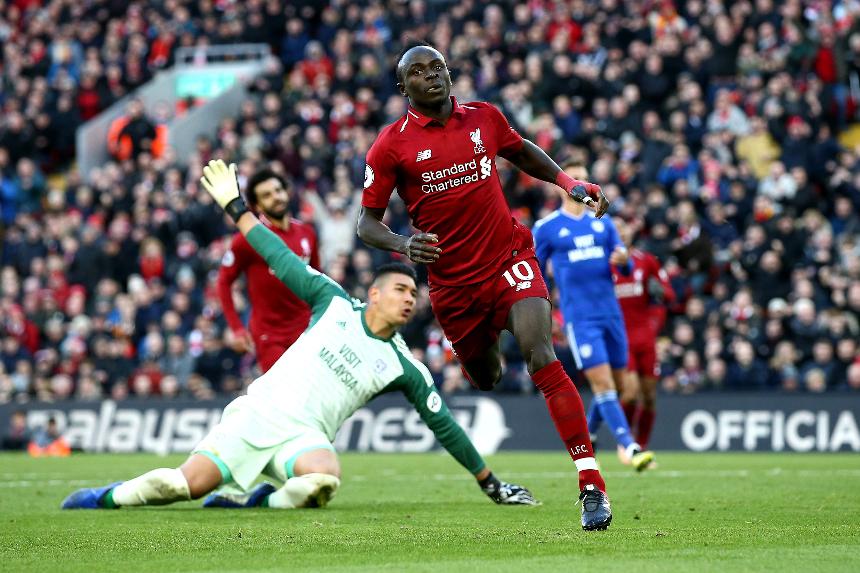 The Reds opened the scoring when Mohamed Salah scored his fifth PL goal of the season after he was quickest to react to Georginio Wijnaldum's blocked shot.

Cardiff's Sean Morrison had a goal disallowed for offside, before Mane doubled Liverpool's advantage when he smashed the ball into the far corner on 66 minutes.

Liverpool conceded their first PL home goal of the season when Callum Paterson netted from close range on 77 minutes.

Cardiff are 17th on five points.