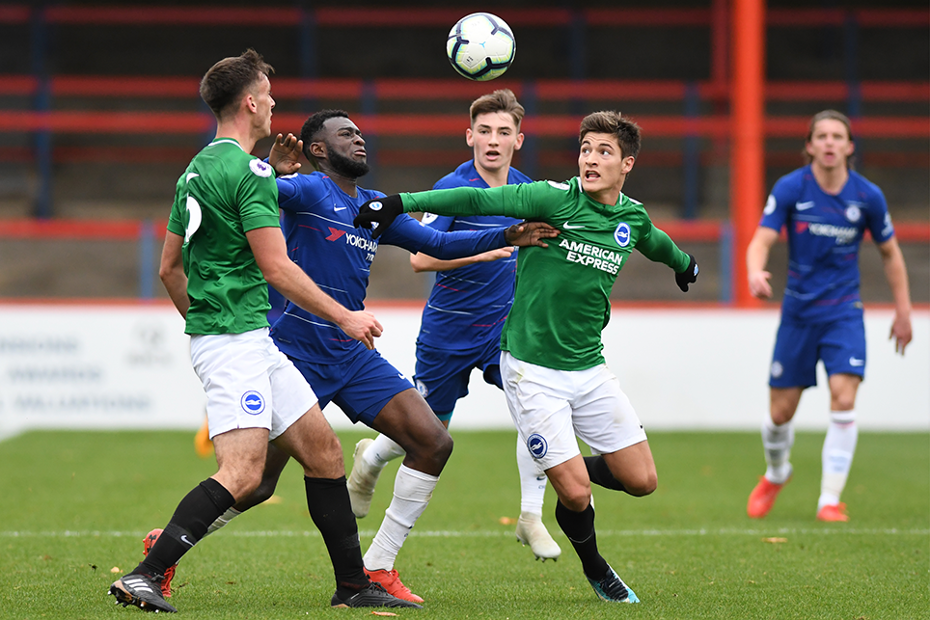 Aaron Connolly scored his 10th goal of the season as Brighton & Hove Albion beat Chelsea 3-2 to move up to second place in Premier League 2 Division 1.

After strike partner Viktor Gyokeres put the away side 1-0 up with a penalty, Connolly doubled the Seagulls' advantage shortly before half-time.

Jordan Davies then made the score 3-0 with a shot from inside the penalty area.

Billy Gilmour and Faustino Anjorin scored for Chelsea to set up an exciting finale at Aldershot but Brighton held on and moved two points behind PL2 leaders Everton.

Chelsea are in fifth position, three places and two points below Brighton.