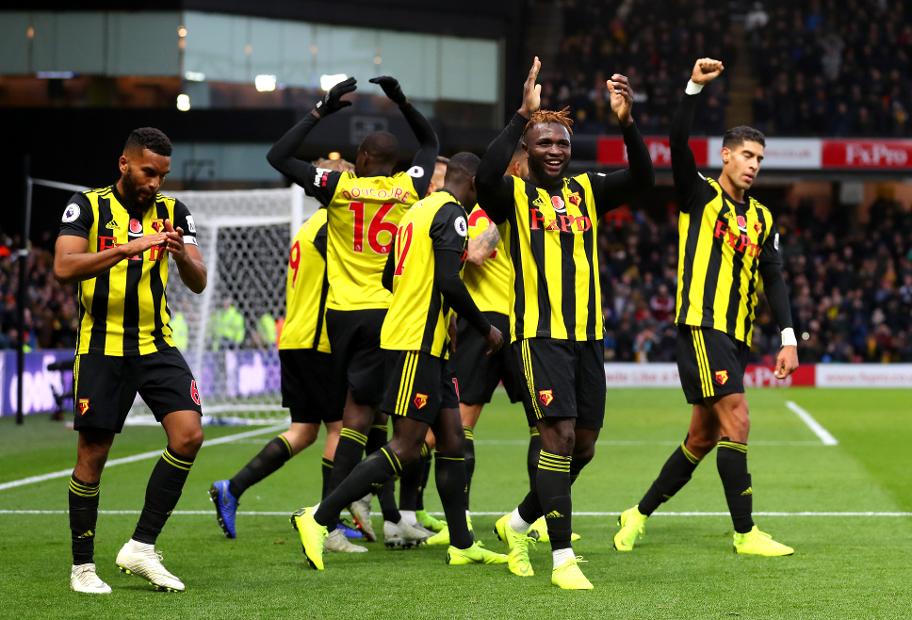 Watford sealed their sixth win of the season with a 3-0 home victory against Huddersfield Town.

The hosts opened the scoring in the 10th minute when Roberto Pereyra danced around a host of defenders before slotting past Jonas Lossl.

Gerard Deulofeu doubled their advantage nine minutes later, scoring his first PL goal of the season with a sweeping effort from an improbable angle.

The Spaniard had the chance to wrap up the match when he rounded Lossl before shooting just wide of an unguarded net.

But Isaac Success made no mistake, adding Watford's third with 10 minutes remaining.

Watford are seventh on 19 points, a point off sixth spot.

Defeat leaves the winless Terriers bottom of the table with three points.