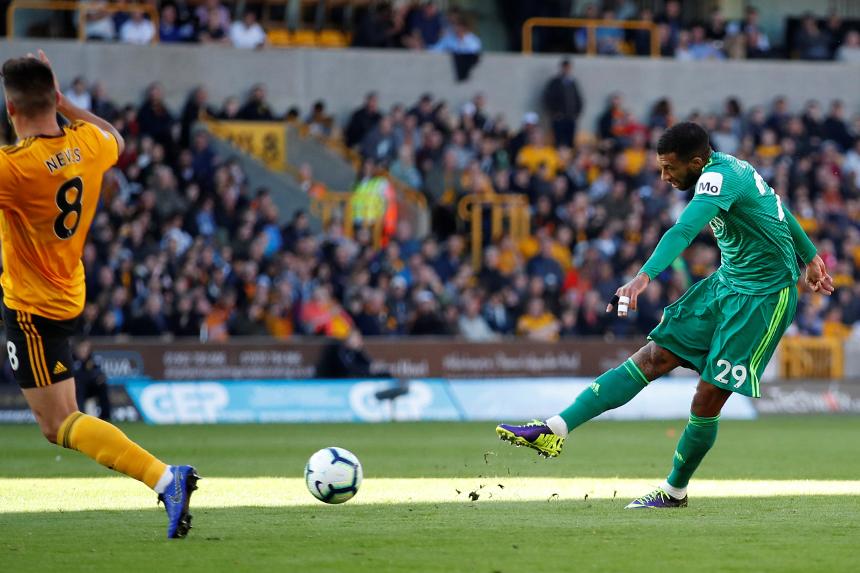 Two goals inside a minute helped Watford win for the first time in five matches as they beat Wolverhampton Wanderers 2-0.

Watford took the lead in the 20th minute when Etienne Capoue hit a powerful strike from the edge of the box.

Roberto Pereyra added a second for the visitors less than a minute later, when he cleverly clipped the ball over Rui Patricio at his near post.

After the break, Watford continued to dominate and were denied further goals as Patricio saved well from Abdoulaye Doucoure and Will Hughes.

A first home league defeat of the season for Wolves moves them down to ninth with 15 points. Watford are two places and point above them.