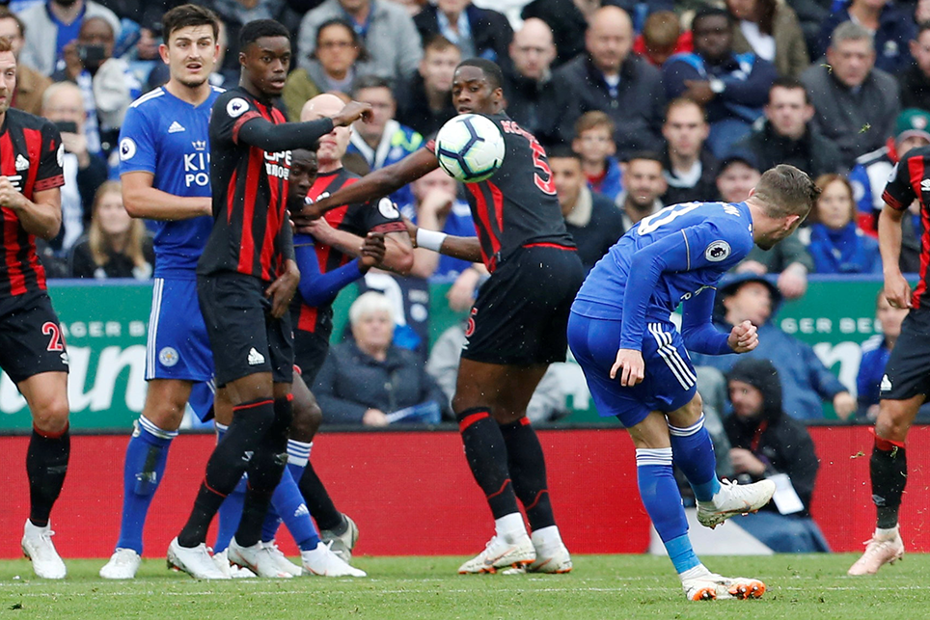 The midfielder's potential in FPL has been raised further by his free-kick duties for Leicester City.

The summer signing has produced 17 shots on goal over his eight Gameweek appearances.

Six of those efforts have come from free-kicks, placing him joint-top with Luka Milivojevic (£6.2m) among midfielders.

Maddison has already benefited from his duties, scoring a direct free-kick against Huddersfield Town in Gameweek 6.

And he also scored a penalty against AFC Bournemouth in Gameweek 5 as the Foxes' main taker, Jamie Vardy (£9.0m), had already been replaced.

* data only from set-pieces

After arriving from Norwich City last summer, Maddison was installed as Leicester's first-choice set-piece taker after the departure of Riyad Mahrez to Manchester City.

His delivery from free-kicks and corners has also improved his potential for assists.

Maddison has created eight chances from set-pieces, which ranks third among FPL midfielders.

That has helped him into fifth place in midfield on 42 points, thanks to three goals and two assists.

After their testing trip to Arsenal in Gameweek 9 has passed, the Foxes' next six opponents score no more than three in the Fixture Difficulty Ranking (FDR).

Maddison is already owned by 17.7 per cent of managers.

And his potential for both goals and assists can trigger big investment for that run of matches.