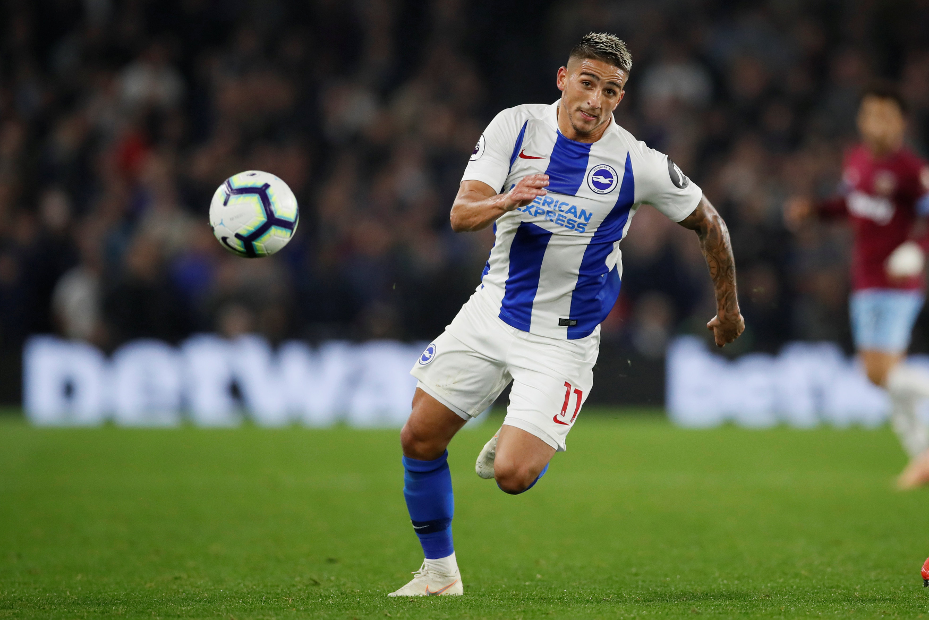 The Scout continues a series of articles looking at Fantasy Premier League players who have posed a major attacking threat from set-pieces.

The Brighton & Hove Albion midfielder has been one of the top creators from set-pieces over the opening eight Gameweeks.

Knockaert's 10 chances from corners or free-kicks are second only to the 13 of Gylfi Sigurdsson (£7.4m).

The Frenchman has earned two assists from set-pieces, placing him joint-top with Johann Berg Gudmundsson (£6.0m) among midfielders.

The absence of Pascal Gross (£6.7m) has been a significant factor in the improvement of Knockaert’s prospects in Fantasy.

Gross was first-choice for Brighton set-pieces in 2017/18, but his pitch time has suffered this season.

The German played more than 60 minutes in just one of the first four Gameweeks and has since been sidelined through injury.

He has also offered an impressive goal threat this term. His 15 shots on goal are bettered by only seven other midfielders.

That has helped the 26-year-old to one goal and three assists as Chris Hughton’s side prepare for a favourable forthcoming run of opponents.

All of their next eight matches score three or less in the Fixture Difficulty Ranking (FDR).

And at such a low cost, Knockaert’s creativity can make him the next cut-price midfielder to target.