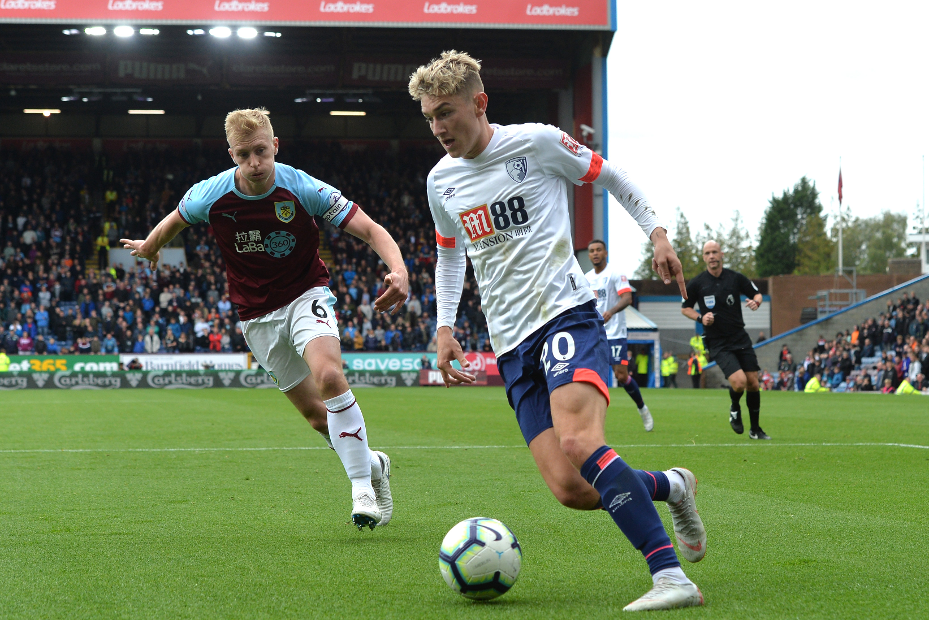 David Brooks has already shown he has the class to shine at Premier League level, even if he is still awaiting his first goal and assist in AFC Bournemouth colours.

Operating on the right of midfield, the 21-year-old signed from Sheffield United in the summer has shown a lovely mix of guile, tenacity and skill this season.

All that is missing from his contributions for the Cherries is direct involvement in a goal.

Don't be surprised if that changes at home to Crystal Palace on Monday. Brooks's form suggests he is a possible match winner.

Eddie Howe has selected his signing in five Premier League matches this season.

This is a show of trust in a rookie with just one full season of experience in English football's second tier.

The AFC Bournemouth manager knows he has bought a team player with the potential to make a difference.

In possession Brooks is balanced and can glide past defenders on either side.

He is equally comfortable with his left or right foot and can open up defences with a slide-rule pass or an inch-perfect wide delivery.

He also draws a lot of fouls from defenders.

Winning seven of nine tackles, and making 19 ball recoveries, predominantly after he has tracked back into the right-back spot, Brooks is a creative talent who does not shirk his defensive responsibilities.

This explains in part why Howe has entrusted so much faith in his new charge.

Brooks’ stand-out performance was in the Cherries' 2-1 win at West Ham United.

He linked play well down the right throughout the match but also drifted inside to create chaos in the Hammers' defence.

By being hard to pick up, he had five chances to score, two of which were well saved by Lukasz Fabianski.

In the 4-0 defeat by Burnley last time out, Brooks also sped through the middle for a one-on-one with Joe Hart, who denied him with a fine save.

When he times his infield runs properly the Welshman, who is deceptively quick, can be a real handful.

Up against a Palace side who have conceded three goals from counter-attacks this term, Brooks may fancy his chances of breaking his duck on Monday night.

Whenever he collects the ball between the lines, or in behind, the Eagles will need to keep close tabs on him.

It is only a matter of time before he racks up a decent tally of goals and assists.