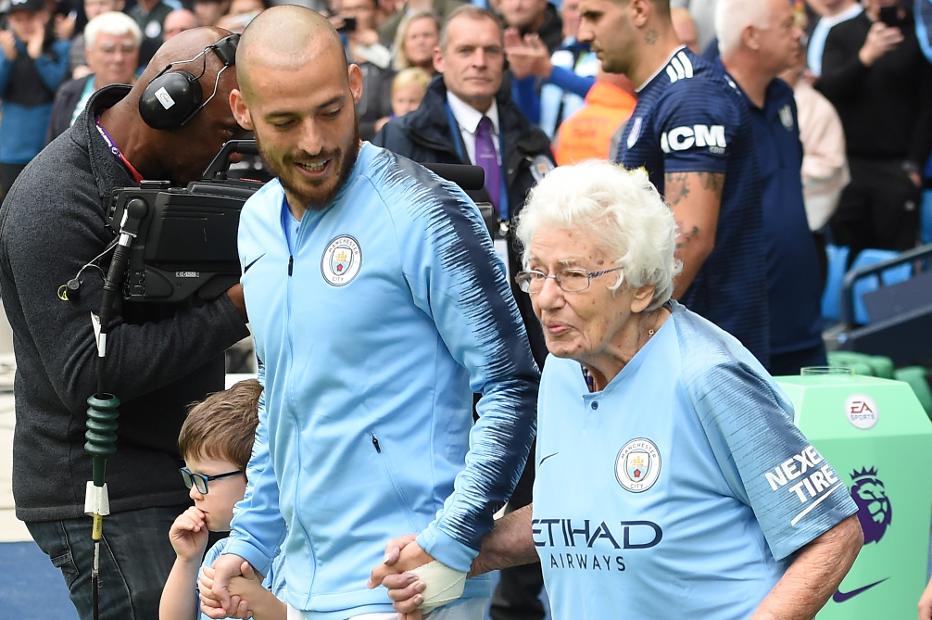 After breaking Premier League records last season on the pitch, Manchester City set a rather different one on Saturday before their 3-0 win over Fulham, with what must be the oldest match mascots.

The Premier League does not hold records of the ages of all the mascots to grace its matches, but it is probably to safe to say that none has been older than sisters Vera Cohen, 102, and Olga Halon, 97, who helped lead out the City team at the Etihad Stadium.

Vera has been attending City matches for more than 85 years and is a regular at the Etihad with Olga, her son Danny and son-in-law Roger.

"Things used to be very different from how they are today," Vera said. "They didn't have a scoreboard when I first came - a man used to come around with a blackboard with the score on it!"

It appears Vera was also a lucky charm to the captain of the day with whom she walked out, David Silva.

"I said to David Silva, 'You’re one of my favourite players, which was true, and he gave me a kiss," Vera told the BBC.

Vera. who lives in the Manchester suburb of Didsbury, was visited last year by City club captain Vincent Kompany to thank her for her support as well as for the £23,000 she has raised since 2001 through her baking for The Christie hospital in the city.