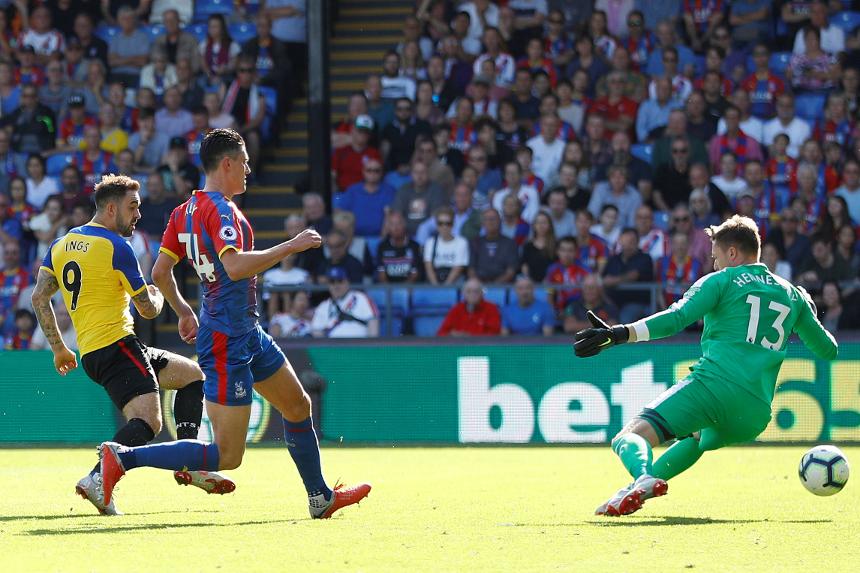 Southampton earned their first victory of the Premier League season with a 2-0 win at Crystal Palace.

After a goalless first half, Southampton took the lead on 47 minutes when Cedric Soares' pass found Danny Ings and he slotted the ball through the legs of Wayne Hennessey.

Minutes later, Palace were denied an equaliser when James McArthur struck the crossbar with a curling effort.

Southampton substitute Charlie Austin had his penalty saved after his shot was blocked by the hand of Aaron Wan-Bissaka, before Christian Benteke had a close-range header stopped as Palace pushed for an equaliser.

Pierre-Emile Hojbjerg added a second for Southampton in stoppage time to move them up to 10th place, with Palace now 12th after a third consecutive defeat.