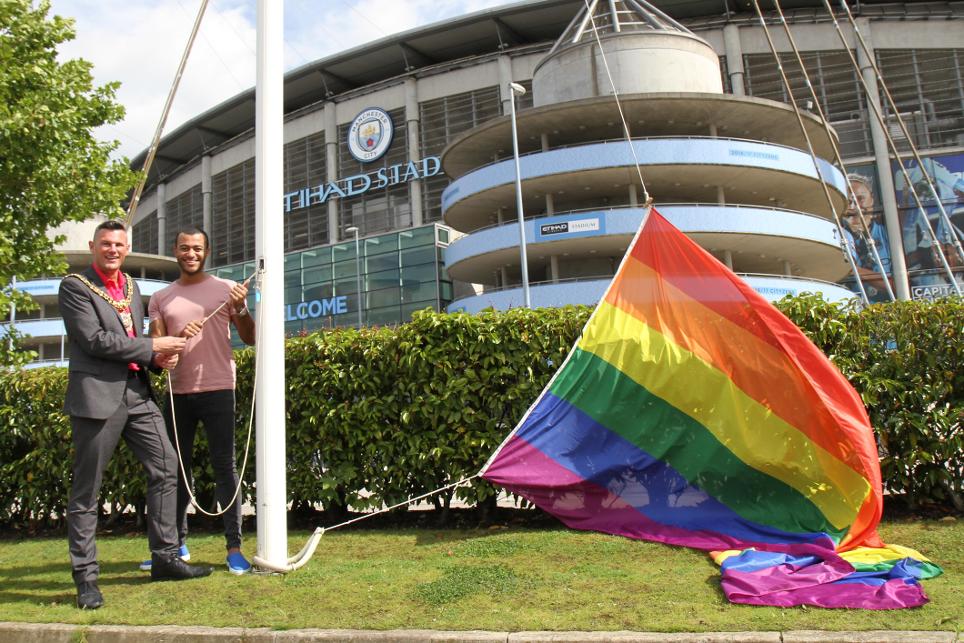 Canal Street Blues, a supporters' club for lesbian, gay, bisexual, transgender and other other sexual/gender minorities of City fans, had their own open-top bus in the Pride parade on Saturday as they led a large group of other LGBT+ football fan groups through the streets of Manchester.

It was part of a whole series of events involving Manchester City at the weekend, which included the flying of the rainbow flag at the Etihad Stadium and messages being displayed on the big screens during Sunday's Premier League contest against West Ham United.

"We're delighted once more that our club is acknowledging Manchester Pride in this way," Manchester City Supporters' Club general secretary Kevin Parker said. "Raising a rainbow flag is a real gesture of inclusion.

"If it shows even one fan struggling with their sexuality or gender identity that it is OK to be LGBT+, that's a huge impact."