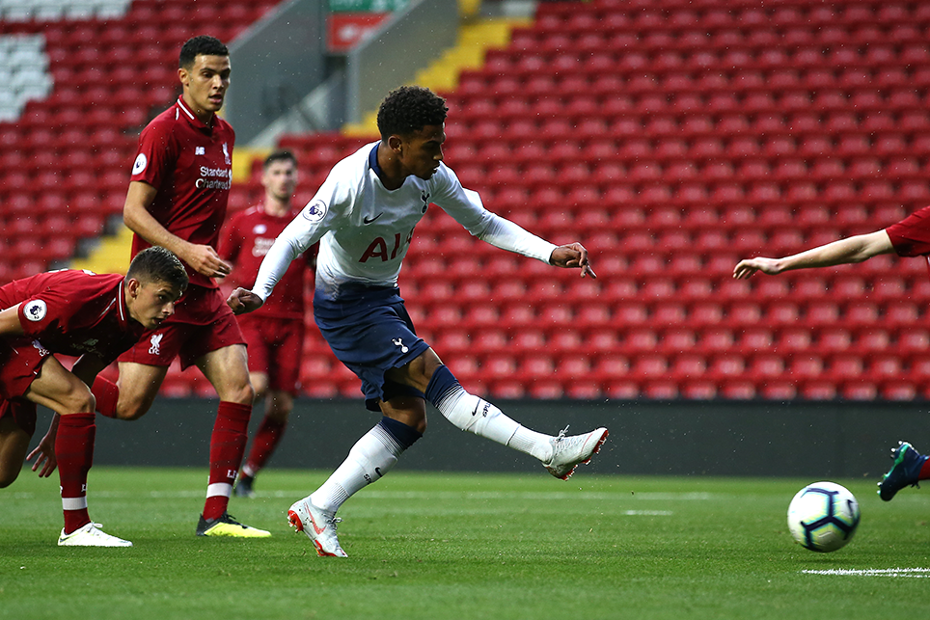 Marcus Edwards earned a point for 10-man Tottenham Hotspur as they drew 1-1 with Liverpool at Anfield in their Premier League 2 Division 1 encounter on Friday.

Japhet Tanganga was sent off after just two minutes for Spurs for denying a goal with his hand, but Adam Lewis put the resulting penalty over.

Bobby Adekanye put Liverpool ahead on 14 minutes with a shot into the corner, but, nine minutes later Edwards equalised after being set up by 16-year-old Troy Parrott, earning Spurs a point.