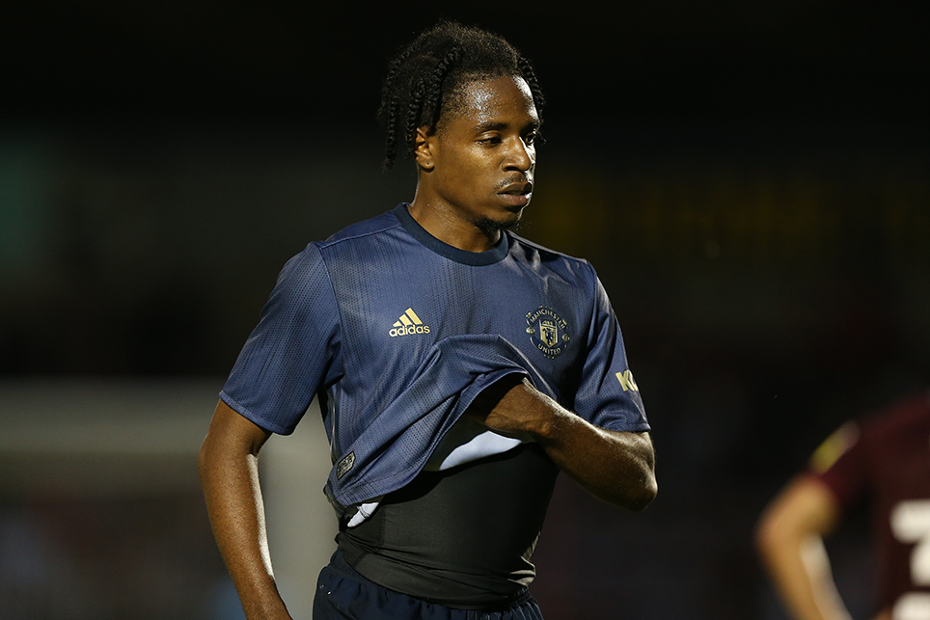 DJ Buffonge set Manchester United on their way to a 3-1 win over Aston Villa at Leigh Sports Village.

The midfielder (pictured) had his effort deflected in on nine minutes but Kelsey Mooney equalised for Villa two minutes later.

In the second half, a penalty from Angel Gomes restored United's lead and substitute Nishan Burkart secured the points.