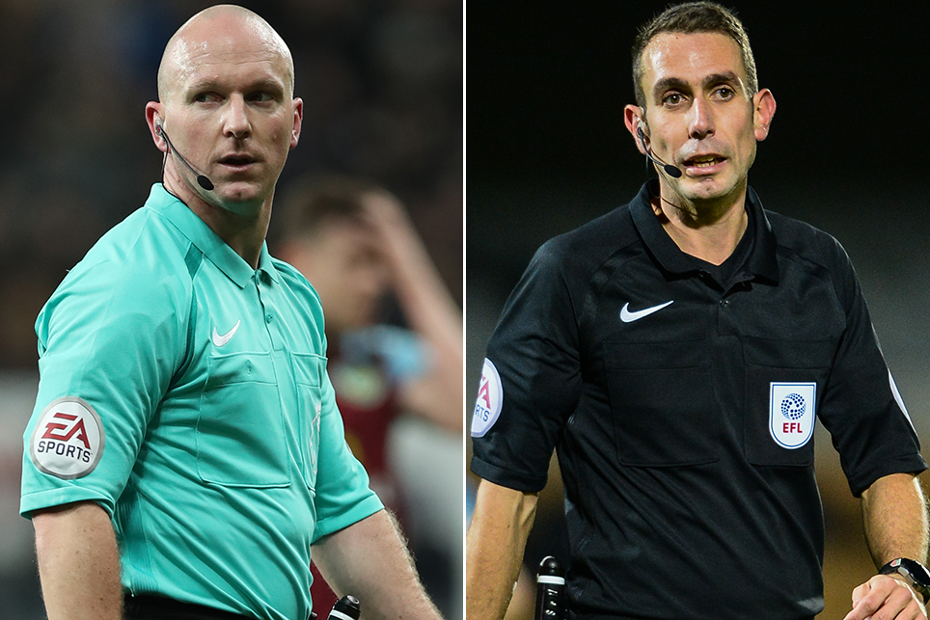 Four fresh faces, including two referees, will officiate in 2018/19 after being promoted to Select Group 1

The Premier League will have two new regular referees next season.

Hooper, above left, took charge of 42 matches across all competitions last season, including Newcastle United v Burnley in the Premier League.

The 36-year-old was also referee for the League One play-off semi-final between Charlton Athletic and Shrewsbury Town.

He was also in the middle at Wembley Stadium for Tottenham Hotspur’s FA Cup win over AFC Wimbledon.

There will also be two new assistant referees running line in the Premier League this season.

Neil Davies, from London FA, and Dan Robathan, from Norfolk FA, have been promoted to Select Group 1.

Last season Davies, 33, featured in 45 matches across all competitions including the Premier League match between Leicester City and Huddersfield Town on 1 January.

The 30-year-old was a match official at Crystal Palace v Leicester on 28 April and West Ham United v Everton on 13 May.

Both also officiated the 2017/18 League One play-off final between Rotherham United and Shrewsbury Town.