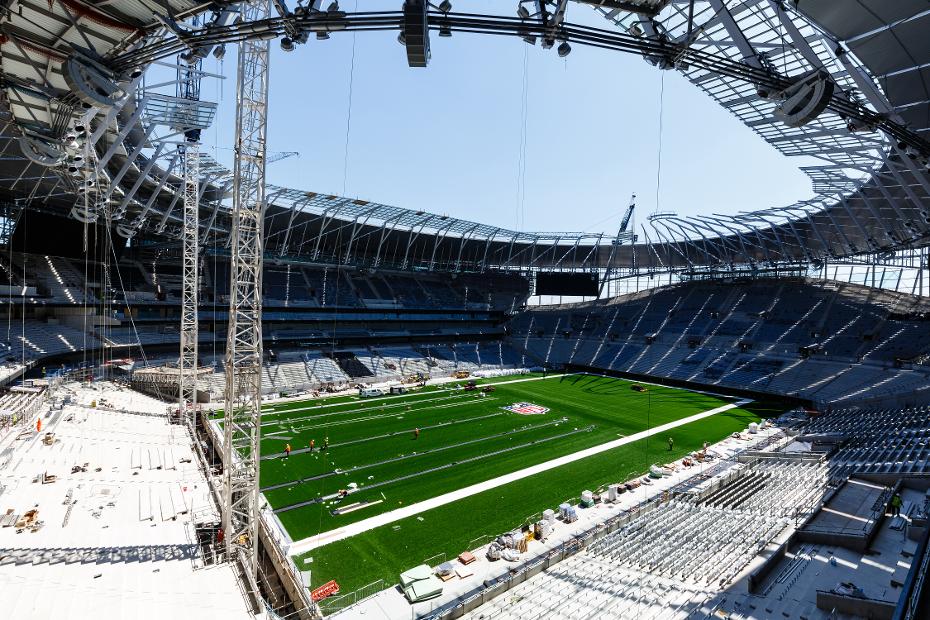 There will be a new host of Premier League football this season.

With 62,062 seats it will be the second-biggest club stadium in the league, behind Manchester United's Old Trafford, which houses 74,994 fans.

Built on the site of White Hart Lane, Spurs' new home will follow the Amex Stadium, John Smith's Stadium and Wembley Stadium, which last season became the 56th, 57th and 58th grounds in the PL.

Before the Premier League opener, the first competitive match to be played at Tottenham Hotspur Stadium will be the club's Premier League 2 Division 1 encounter against Brighton & Hove Albion on Monday 27 August.

The ground will also host NFL matches with a special American football pitch, concerts and other major events every season.

See: Every stadium in the Premier League