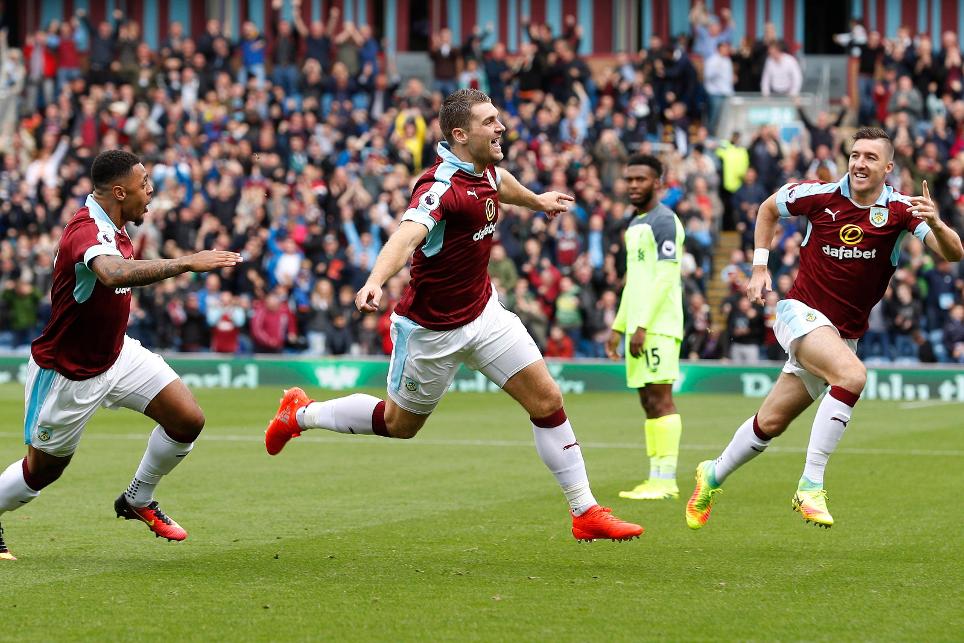 Sean Dyche said “it was a day we can all be proud of” after his Burnley team beat Liverpool 2-0 at Turf Moor on Saturday.

Goals from Sam Vokes and Andre Gray secured the Clarets’ first victory since returning to the Premier League this season.

“It was a big game and you always want to get that first, important win on the table,” Burnley manager Dyche told burnleyfootballcub.com.

“We’ve done that against a very good side. It was a day we can all be proud of.

“I’m particularly pleased for the fans. They knew it was going to be tough this season but they are sticking with us and we are going to need that, but I think it’s good when days come around like this, for the whole town.”

Burnley secured the victory despite Liverpool having over 80% possession at Turf Moor, but Dyche praised the quality of the goals and his side’s tactical discipline.

“It’s very difficult to play against, as regards keeping the focus on your game plan, and I thought the players did that fantastically well,” Dyche added.

“I thought both finishes were absolutely sublime.

“They are fabulous goals and there will be a lot made of the fact we only had 20% possession, but those two goals were enough surely to win any game!”

The defeat for the visitors followed an impressive 4-3 victory at Arsenal on the opening weekend, and Liverpool manager Jurgen Klopp told liverpoolfc.com: “[Possession] is what we did well, but in the end you have to use it.

“In England you use the word ‘clinical’ – in a lot of situations I saw we were clinical but even then we didn’t score. That’s how it is and we have to accept it.”