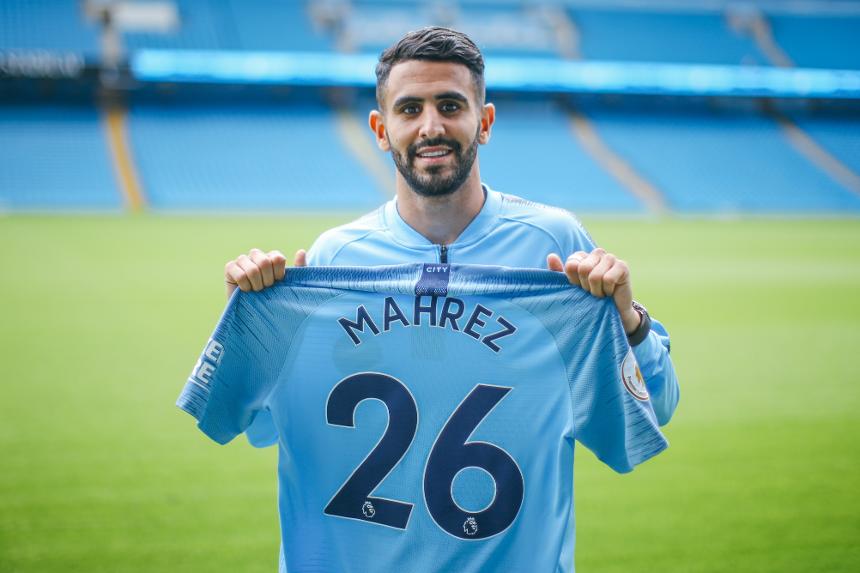 Manchester City have completed their first summer signing with the purchase of Riyad Mahrez from Leicester City.

The 27-year-old has signed a five-year deal with the Premier League champions after joining for an undisclosed fee.

"I am so pleased to have joined City, a side playing great football under Pep Guardiola," Mahrez told City's official website. "Watching them from afar has been a pleasure.

"Pep is committed to playing attacking football, which is perfect for me, and City’s performances last season were outstanding.

"They’re redefining the English game and I wanted to be a part of it."

Mahrez won the title with Leicester in 2015/16 and was named the PFA Player of the Year that season.

The Algerian has scored 39 goals, and assisted a further 27, in his 139 Premier League appearances for the Foxes.

He will wear his favoured No 26 shirt and will hope to make his Premier League debut for the champions when they visit Arsenal on 12 August.

The best things come to those who wait… 🕘#welcomeriyad to Manchester City! 💙 #mancity pic.twitter.com/lLjJZrz4J0